Tickets to the Elton John New Year’s Eve concert at the Barclays Center aren’t the only things going for a pretty penny in Brooklyn. We compiled some of the biggest deals in the borough, thanks to our friends at RCA. (Note: These are YTD as of Dec. 15, so you still have a few days to knock these off the list.) 10 & 11) 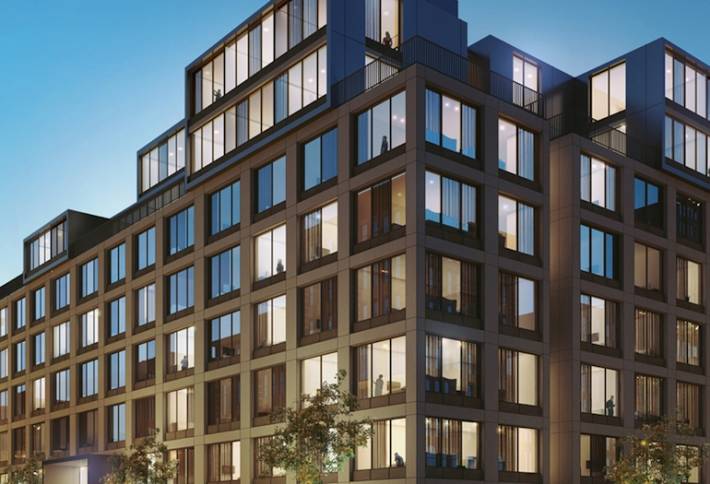 The Bergen and Rocket Factory Lofts, both $52M Wednesday, The Naftali Group announced it had sold The Bergen (above), a luxury rental apartment building at 316 Bergen St, Boerum Hill, for $52M. The eight-story building features a mix of studios and one- and twobedroom apartments, with amenities like a landscaped roof deck with cabanas, private dining areas, an outdoor shower and BBQ. And in August, Meadow Partners purchased the 75-unit Rocket Factory Lofts at 98-106 South 4th St, Williamsburg from a JV of Israel Perlmutter and Menachem Stark for approximately $52M, according to RCA. Meadow Partners managing director Jeff Kaplan told MHN that it was one of the few authentic loft conversions in the area and features a mix of one- and two-bedroom units; a large renovation is underway