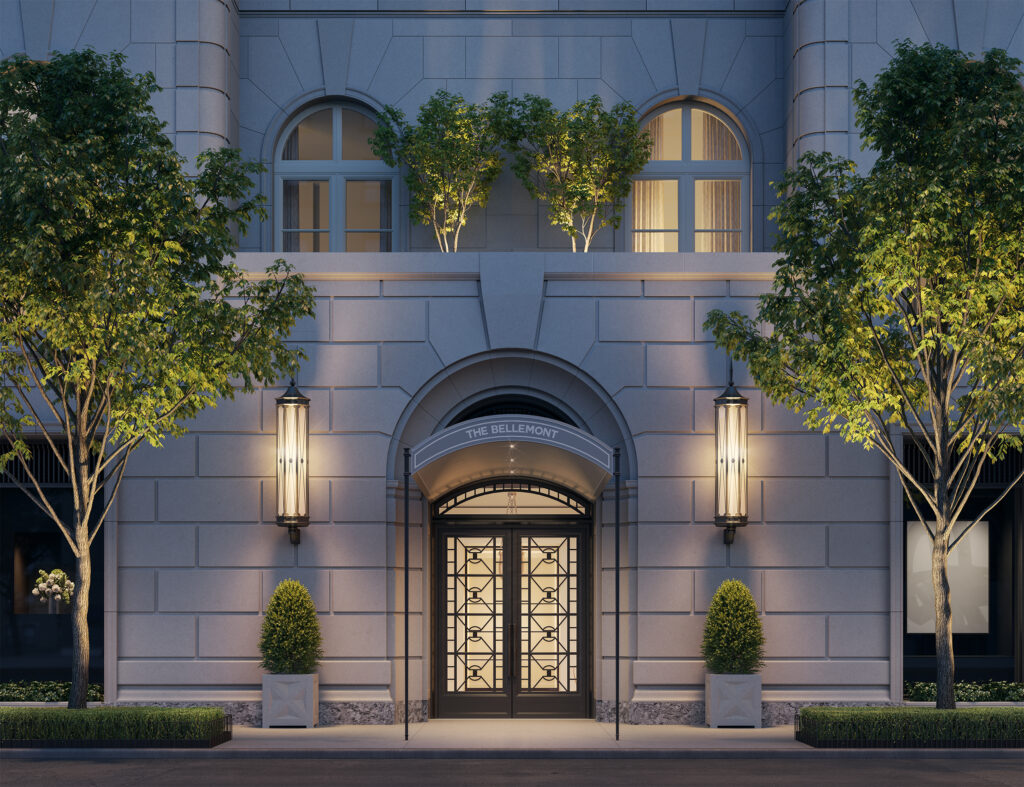 An unidentified buyer has committed a whopping $66.5 million to combine the top two apartments of The Bellemont, a new development condominium at 1165 Madison Avenue at the corner East 86th Street. The developer, Miki Naftali of the Naftali Group, has confirmed this as a ‘signed contract’ with the Wall Street Journal. The Bellemont is one of two Madison  Avenue condos under development by the Naftali Group.

Once renovations are complete, the monster home will span about 13,000 square feet across four floors, with an additional 2,300 square feet of outdoor space. Closings on The Bellemont’s units are expected to begin by the end of 2022.

The Upper East Side’s luxury real estate market has seen quite a bit of activity lately. In August, we reported that an East 88th Street penthouse triplex had sold for $60 million, setting a six-year record for priciest co-op sale in Manhattan. Assuming the $66.5 million contract at The Bellemont goes through, it will be one of the most expensive real estate sales above 59th Street in history. “The current record was set in 2015, when a Fifth Avenue co-op sold for $77.5 million, according to research and appraisal firm Miller Samuel. A townhouse on East 67th Street traded for $77.1 million in 2019,” wrote the WSJ.

One avenue away from Central Park, The Bellemont was designed by Robert A.M. Stern Architects. Excavation and foundation got underway in June according to New York YIMBY.

Alexa Lambert and Alison Black from Compass, a real estate brokerage which earlier this year went public on the New York Stock Exchange, are marketing the project.

Sales at The Bellemont officially began in late October so it’s certainly off to a hot start. Mr. Naftali says there are two other units also in contract in the building. The Bellemont’s lowest current asking price is $8.6 million.

“While brand new, the Bellemont evokes turn-of-the century vibes, with tall ceilings, crown molding, enfilades (suites of rooms with doorways that are all aligned) and a hand-laid Indiana limestone façade,” detailed inman.com, which went on to note that the demand for “ultra-luxury properties” spiked in October, according to UrbanDigs and Marketproof, with the
number of new development-units with asking prices over $4 million up 352% from 2020.