Dig It: Gotham Developers Go Deep Below the Surface 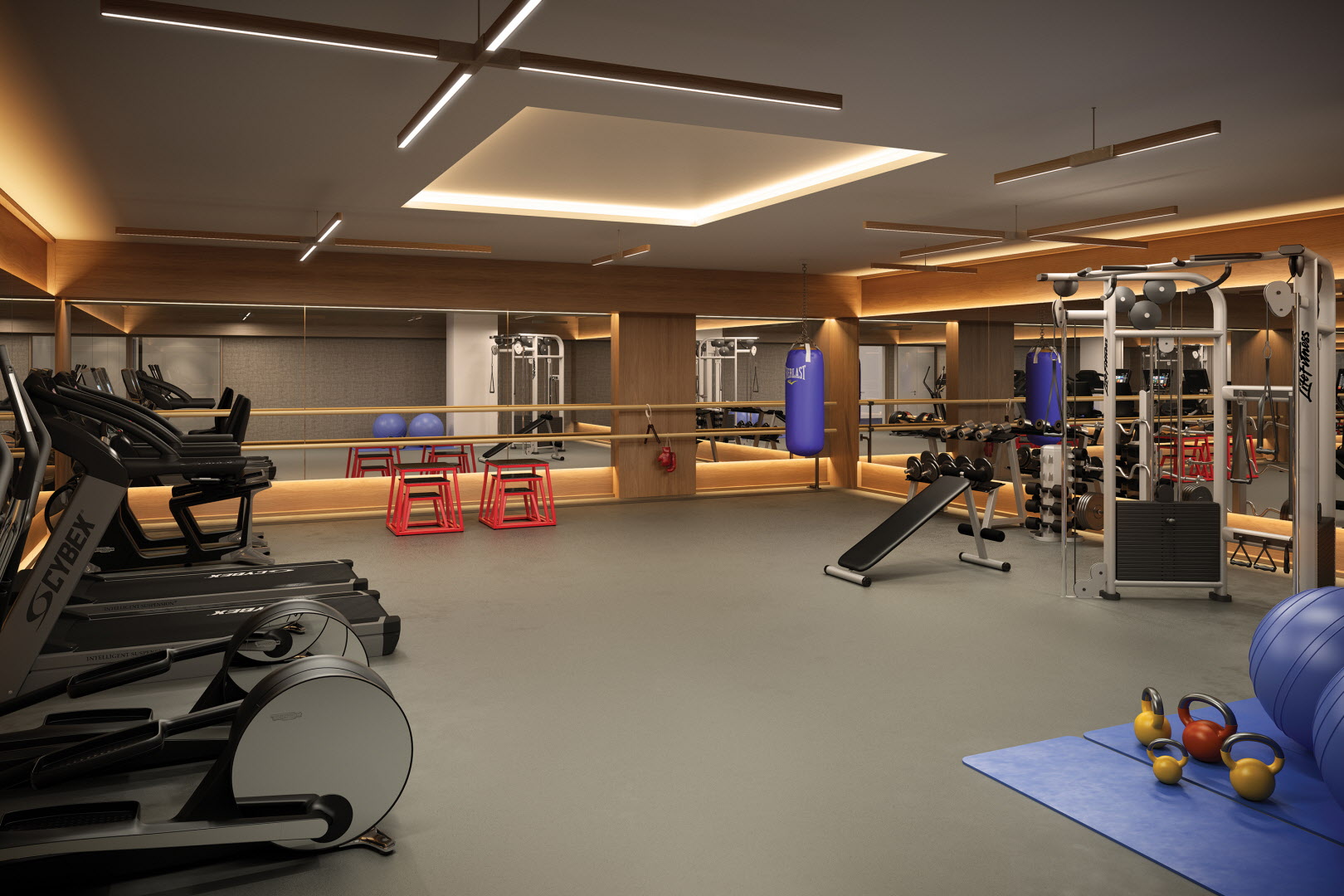 Stribling’s Alexa Lambert, who is the lead sales agent for the Naftali-developed 210 W. 77th St., sees this sort of big dig as part of a larger trend of city dwellers’ desire to bring the best of the suburbs to urban life. Residences at the Upper West Side building range from $4.75 million to more than $21 million, and come with below-ground amenities like a rubberized sports court with markings for hockey, soccer and tennis, a retractable screen with bean bags and a sauna and steam room for a little grown-up luxury.

“It’s the city version of a backyard,” says Lambert of the subterranean amenities space. “It will provide a place within a building that can create community.”

When serial renovators Colin and Pamela Rath first bought the circa-1853 townhouse at 121 W. 15th St. for $910,000, in 1996, there were old tree trunks holding up the building. Rather than razing the whole thing, the couple renovated and sold the upper floors, then turned their eyes to the ground-floor apartment and the dank space below it.

“The basement was a dirt floor, and the apartment was maybe 1,000 square feet,” says Colin of the street-level one-bedroom. “We thought, what if we could dig down?”

So, with lots of vision and a team of engineers, the Raths excavated an extra 1,300 square feet, adding flourishes like a scale replica of the Yangtze River (complete with live koi fish) and a fire pole leading from the master bedroom to the greenhouse living room.

Now the three-bedroom, two-bathroom folly is on the market for nearly $3.2 million.

“It only took six years and twenty 20-ton dumpsters,” Colin jokes of the esoteric home he and his wife built to raise their three daughters in. The whole escapade is detailed in his new book, “It Is What It Is: A True Manhattan Real Estate Nightmare with a Silver Lining.”

The Raths are but one example of the many developers who are looking underground to find extra square feet in this ever-growing city. From landmark buildings to new-construction townhouses, savvy builders are excavating basements — trading what was once a wasteland of storage space for vast living areas that raise the bar on amenities. Consider these subterranean spaces a slice of suburbia, complete with media rooms, swimming pools and even basketball courts (like the one at the townhouse 400 West Street).

“It’s pay dirt — in the literal sense,” says Andrew Heiberger, owner of Town Residential brokerage. “Every foot counts for big dollars on an island that is 99 percent developed.” With land itself going for $1,500 a square foot in coveted neighborhoods, Heiberger says, and the cost of digging down not terribly expensive, “that little, dark bonus space of even nine square feet that people used to thumb their noses at can sell for $25,000.” He’s got proof: His firm recently unloaded 45 E. 74th St., a single-family home in which a cellar was dug to house a skylit pool and wet spa, for $26 million — a nice profit for the seller, who originally bought it for less than $10 million.

New-build townhouses — even those connected to larger developments — can benefit enormously from digging down. Ryan Serhant, for instance, of Nestseekers International, is currently selling the ground-floor maisonette at The Justin, on East 81st Street, which has more than 1,000 square feet of newly-dug underground space, “and it’s the best part of the home.”

While it can be difficult to sell ground-floor units, Serhant notes, by digging sublevel space, “you increase the usable space, and the owners can put their living room down there where it’s private. You’re buying a duplex instead of a simplex.” Or, in the case of The Justin, a triplex, with windows that look out a light well to the terrace above. Asking price for the 3,882-square-foot maisonette (which is in contract): $5.995 million.

At the circa-1910 11 Beach St. in TriBeCa, architect BKSK and interior designer Thomas Juul-Hansen are gutting the 10-story loft building and turning it into 27 homes, including three townhouses, each with an entire subterranean floor that has a private spa and a 50-foot-long pool all its own. (Asking price: $12 million.)

“This level adds tremendous value to the condos,” says Juul-Hansen. “You are literally adding almost 2,000 additional square feet to the unit.”

Over in Williamsburg, 3 Wythe Lane’s townhouses — all of which have either sold or are in contract — have dug basements to provide suburban-style perks without leaving Brooklyn. Each of the $4.1 million homes come with below-grade media rooms and rear courtyards. Diane M. Ramirez, CEO of Halstead (which has the exclusive listing), notes that for developments that require excavation to bring the building height up anyway, digging down a bit more makes fiscal sense. “Excavating even a few feet down is not tremendous [in cost] and it often gives you another floor of full-height space, making the property more valuable,” she says.

Nowhere is the concept of going underground to create suburban-like amenities more apparent than in big development projects. Zeckendorf Development and Global Holding’s 50 United Nations Plaza, designed by Foster + Partners, has a massive underground area that houses the typical parking spots and storage facilities — along with the rather forward-thinking 75-by-18-foot marble-clad pool. Also down below is a massage room and steam and sauna rooms. Tenants are moving in and suiting up to take a dive now. (The penthouse is on sale for $70 million.)

Zeckendorf and Global Holding’s other project, in partnership with Park Sixty LLC, also takes advantage of the need to go down to build up. At 520 Park Avenue, whose apartments range from $16.2 million to $130 million for the penthouse, the building features a four-level subterranean spread that will boast a pool and a multi-purpose screening room that can be used for play dates, yoga classes or wife-bonus parties.

In West Chelsea, the 31-unit Soori High Line is currently hauling out dirt to create a spa suite and sauna that reflects architect Soo K. Chan’s neo-tropical design. “It’s like a tank,” Chan jokes of the dig-out. Construction workers are going down some 16 feet to make room for “Type A” units that will have 14-by-24-foot sunken courtyards to let in snow, rain and light. Prices at the Soori High Line will range from $3.7 million to $22 million.