In the Covid-19 Era, Small Buildings Have Big Appeal

In a city as crowded as New York, low-density multi-family buildings offer a sense of privacy and security 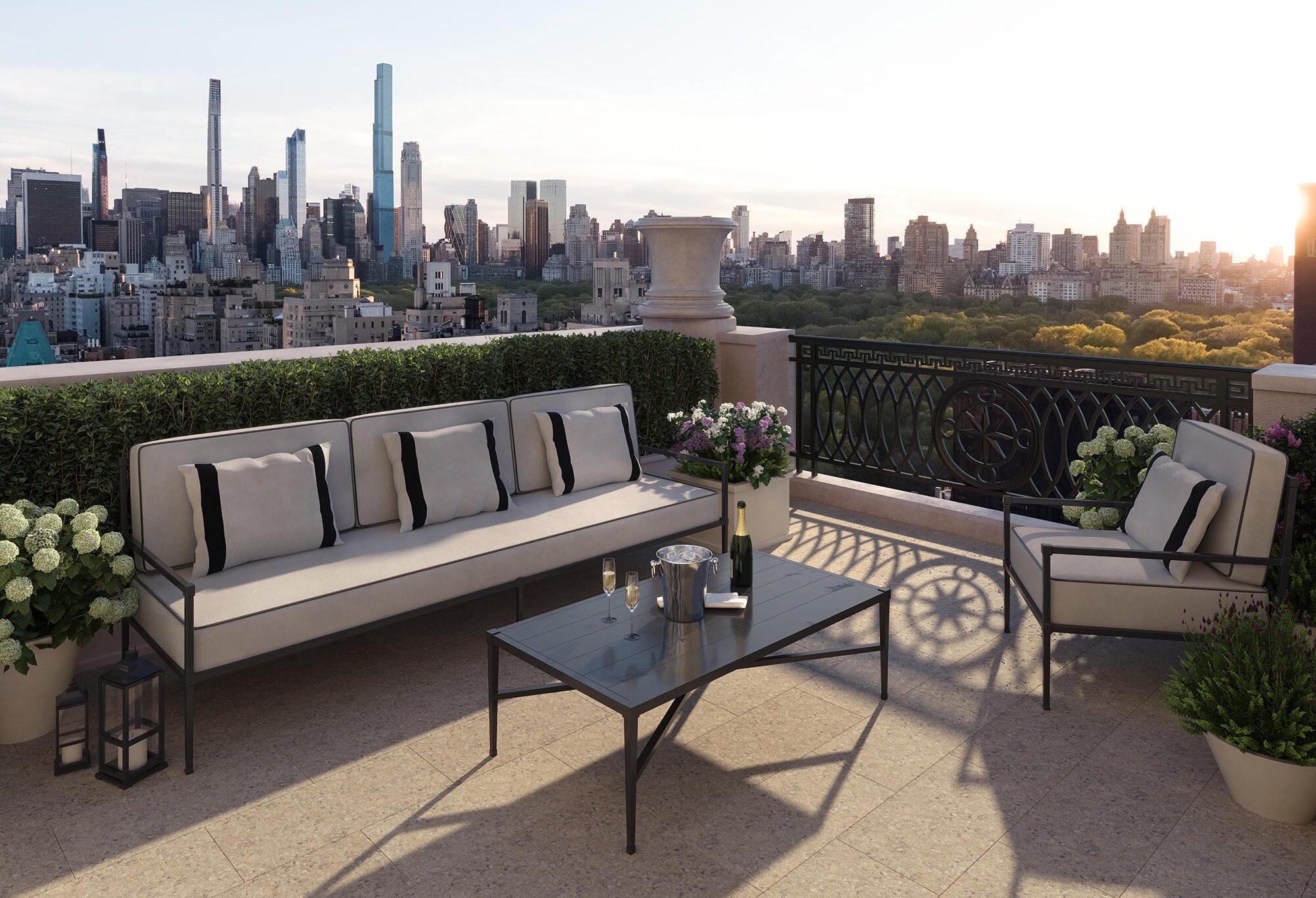 Shreya, a homebuyer in Manhattan who prefers first-name-only identification for privacy, and her husband are about to
become empty-nesters and are eager to get back to city life after years in the suburbs. But since the Covid-19 pandemic began, the couple has focused on finding a smaller building with private outdoor space.

“We’ve used our backyard in our suburban home for physically distant socializing, so it was important to us to have a terrace
that we don’t have to share with other people in a high-rise,” Shreya said. “We still want a building with an elevator so my elderly mother can visit, and we want a doorman for safety, but we also wanted more privacy and fewer people around.”

The solution for Shreya and her family and many city buyers this year: a boutique building with fewer units. Their new home at 124 W. 16 St. in Chelsea has only 15 residences, with a maximum of two units per floor. The buildings’ two elevators can
accommodate only a handful of people at one time.

“A look at contracts signed for more than $2 million in buildings with fewer than 20 units since 2015 reveals an emerging trend: people want privacy,” said John Walkup, co-founder of UrbanDigs, a New York real estate data analytics company.
“Deals in ‘boutique’ buildings are approaching 25% of all luxury deals for the year, suggesting more luxury buyers are searching for enclaves. Luxury buildings with fewer than 20 units tend to offer full-floor units or private elevator access,
giving residents a sense of seclusion.”

While the pandemic contributed to rising interest in boutique buildings, there’s also a cyclical nature to real estate that means smaller buildings sometimes come back in fashion, said Yiannes Einhorn, co-founder of GRID Group, developer of
124 W. 16 St., which sold out within a few months with prices in the $5 million to $7 million range.

“The sense of privacy and intimacy in boutique buildings is important,” Mr. Einhorn said. “Even when there’s not a pandemic going on, a lot of people don’t want to queue up with a crowd in front of a bank of elevators.”

Many buyers like the sense of intimacy of smaller buildings, said Alexa Lambert, a real estate agent with Compass real estate brokerage in Manhattan.

“Many people generally like smaller buildings, not just in 2020, because they like to feel they’ve arrived home as soon as they walk in the building,” Ms. Lambert said. “Everything in New York is big: the museums, the shops, the theaters, so it’s nice to come home to something smaller.”

In the summer when the New York real estate market began to open up again, many buyers asked for low-rise buildings without an elevator, said Michael J. Franco, a real estate agent with Compass in Manhattan.

“We actively market boutique buildings as offering less exposure to other people,” Mr. Franco said. “Some people specifically asked for buildings without a doorman, although many people still prefer to have one. The other priority is to have an elevator directly to your unit or one shared with as few apartments as possible.”

The layout of apartments and number of units in a building and per floor has been a significant subject among buyers this year, said James Lansill, a real estate agent with Corcoran Sunshine in Manhattan.

“Most boutique buildings now feel they tripped into success when the pandemic started having a chilling effect on a lot of sales in larger buildings,” Mr. Lansill said. “At 67 Vestry, a loft conversion on the waterfront in Tribeca, we opted for a very
low-density project, mostly with one residence per floor or at most two.”

The building, which just opened for sale, was planned long before Covid-19 hit. Limiting the building to 13 residences was planned to provide the luxury of space rather than as a pandemic response, Mr. Lansill said. While units range from $7.35 million to $45 million, the average price is $15 million.

Early in the pandemic, people really wanted to avoid elevators, doormen and interacting with other people, said Steve Gottlieb, a real estate agent with Warburg Realty in Manhattan. Mr. Gottlieb and his mother, June Gottlieb, his real estate partner, sold one unit in La Maison, a four-unit building on the East Side quickly when Covid-19 hit and rented the other three units immediately. Those three units are now listed for sale from $1.7 million to $4.495 million.

“All four apartments are floor-through units with a balcony overlooking greenery,” Ms. Gottlieb said. “Best of all, only three units share the elevator and you can even choose to use the stairs instead.”

Many buyers want an elevator that opens into a private vestibule or their own apartment if possible, Ms. Lambert said. Even more important. she said, is that a smaller building means there are fewer delivery people in the hallways and elevators.

“We’ve always done ducted returns that circulate the air within each unit rather than in the whole building with our
developments,” Mr. Einhorn said. “It’s much easier to manage that in a smaller building.”

“We opened three buildings for sale in June after the missed spring market and the velocity of sales was much stronger in the smallest building, which had only five units,” Mr. Caleo said. “Our buildings are designed with passive house principles
which have filtered air in the common areas and the units.”

While a big appeal of larger condos and co-ops is that they’re more likely to have an abundance of in-house amenities, some buyers are willing to trade those amenities for privacy and fewer interactions with neighbors in a smaller building.

“Most boutique buildings don’t have amenities like a fitness center, but when they were shut down or people weren’t using them, a lot of buyers realized they didn’t really need them,” Mr. Franco said. “Some people think those amenities in big buildings will always be restricted.”

The price-per-square-foot for buildings tends to be a little lower for buildings without a doorman or other amenities, Mr.
Franco said. Monthly fees for boutique buildings with amenities can be much higher than fees in larger buildings, he said, because there are fewer units to share the costs.

Some boutique buildings still offer amenities, too. For example, at The Benson on the Upper East Side, Ms. Lambert said the 15 residences share a library, an art room, a movie theater, a half-size basketball court and multiple outdoor spaces. Prices start at $12.8 million. The 13 residences at 555 West End Ave. are prized for their architectural quality, with 12-foothigh ceilings in every room, but the building also has a doorman, a lounge and a private fitness center, Ms. Lambert said. Prices at 555 West End Ave. range from $8.4 million to $22.5 million.

At 67 Vestry, the 13 residences share a swimming pool, a steam room, a sauna, a fitness center, a game room and a study.

For Shreya and her family, the lack of a fitness center didn’t matter.
“We have everything we want in our unit, private outdoor space, plus a doorman and a small elevator,” she said. “This feels like a personal bespoke building, more like a home where you’re well taken care of.”