The latest crop of new builds are less flashy, but many offer coveted amenities and views.

As space and privacy become ever more important to New York City buyers, developers are responding with boutique projects with fewer units and plenty of outdoor areas.

This season’s offerings have a more subdued tone than some of the flashier projects of years past. Think conversions—from a 19th-century Great Atlantic & Pacific Tea Company warehouse to an annex of the Greenpoint Savings Bank in Brooklyn—as well as new builds clad in materials like limestone to complement the neighborhood architecture.

Terraces and patios, as well as shared outdoor space, are more coveted than ever, as are views of the city’s waterways or parks.

However, New York City’s real estate market is just starting to recover from the Covid-19 pandemic, which essentially shut down sales for more than two months this spring. Signed contracts in Manhattan are still down compared to 2019.

In August, new signed contracts for condominiums were down more than 37.8% in Manhattan compared to the same time last year, according to a report by Douglas Elliman. Luxury sales were down 53.3% for residences priced between $4 million and $4.99 million, and 39.1% for those between $5 million and $9.99 million.

Meanwhile, Brooklyn fared much better, as buyers looked for more room and value in the outer borough. Signed contracts for condos there were up 181.6% in August, compared to the same month in 2019, according to Elliman’s report. Sales of condos ranging from $1 million to $1.99 million were up 214.3%, with 22 new signed contracts this year compared to seven in 2019. There were five new contracts for homes priced between $2 million and $3.99 million, signed in August—up from none last year. 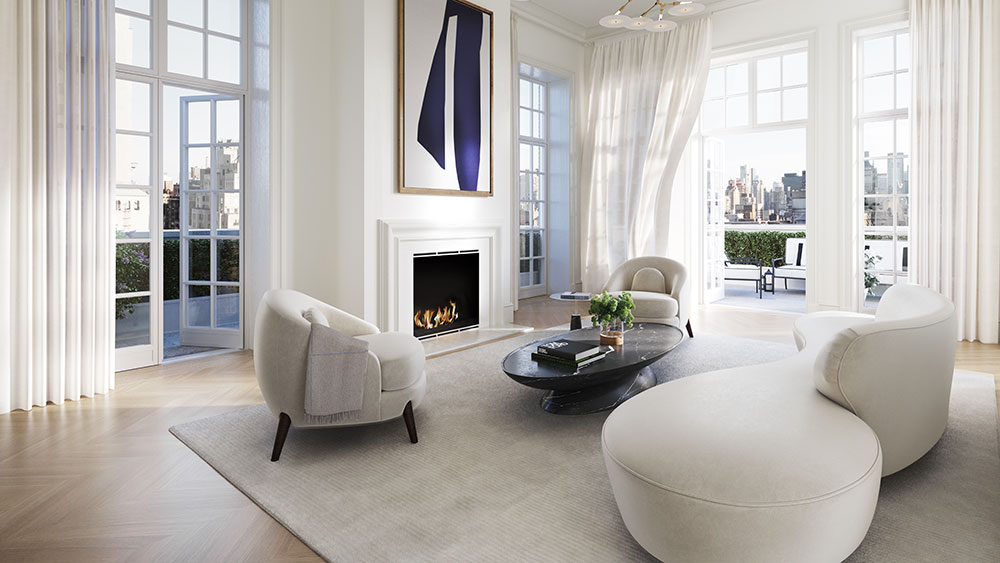 Madison Avenue’s first new residential project in 20 years, the Benson will bring 15 luxury residences by architect Peter Pennoyer to the Upper East Side. The 19-story building will feature a hand-laid Indiana Limestone facade with oversized windows and custom ironwork. Italian architect Achille Salvagni designed the project’s lobby and cinema, while Mr. Pennoyer teamed up with bespoke cabinet maker Christopher Peacock for its kitchens.

There are half-floor, full-floor and duplex residences available, each with a private elevator landing. Several units have outdoor space, including the penthouses—which have terraces overlooking Central Park—and the townhouse, which has a garden.

Sales at the Benson are expected to launch in September, with construction scheduled for completion next year.

Number of units: 15
Pricing: Starting at $12.5 million
Developer/architect: Naftali Group/Peter Pennoyer
Unit sizes: Four-, five- and six-bedroom residences
Amenities: The Benson features a landscaped rooftop with a fire pit and view of Central Park, a spa with sauna and steam rooms, a library with an adjoining landscaped garden, an art studio and a fitness center and half-basketball court. A doorman and concierge will be on call around the clock, and the lobby features a cold storage room for food deliveries. There’s also a pet spa, a bicycle storage and additional storage available for purchase.
Website: the-benson.com