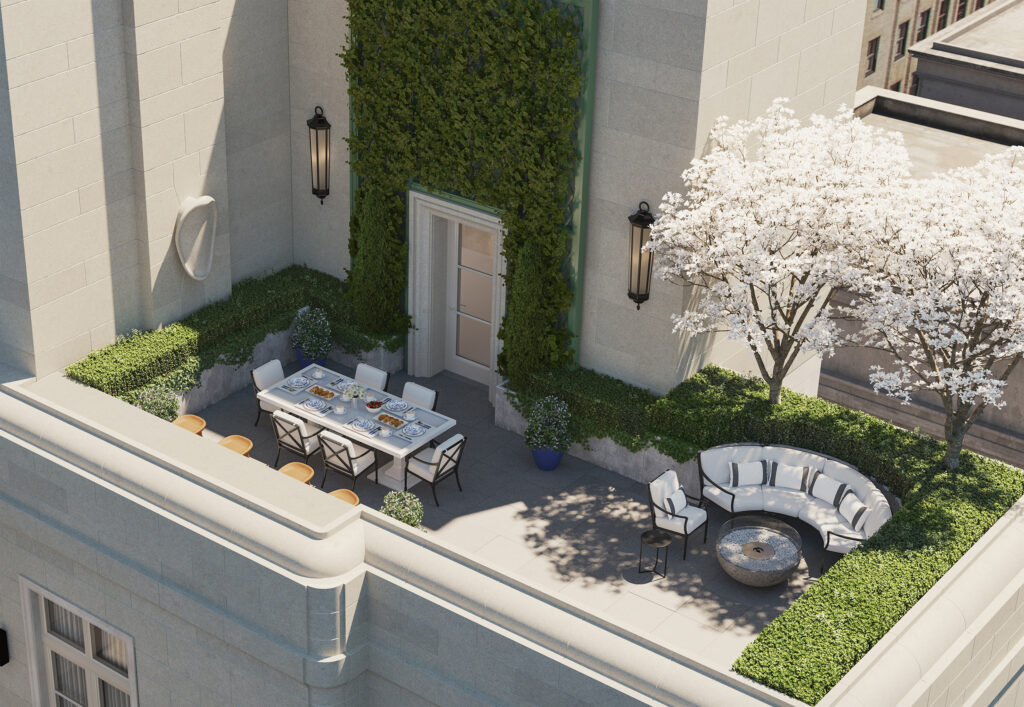 DBOX’s work has been recognized by organizations including the Academy of Television Arts & Sciences (Emmy® Awards), Communication Arts, The Art Directors Club, World Luxury Award, American Design Awards, and The International Property Awards, and has been exhibited at The Museum of Modern Art, The Museum of Contemporary Art in Tokyo, The Art Institute of Chicago, and The Museum of Contemporary Art in Los Angeles.
DBOX was founded in 1996 and maintains studios in New York, London, Taipei, and Miami.

If pricey condo sales are any indication, the Upper East Side is back.

For Donna Olshan, author of the report, the results are a resounding vote of approval for a neighborhood that “was never cool.”

“I’m like, ‘Wow, keep it coming,’ because we haven’t been cool in a long time,” said Olshan, who lives in the neighborhood. “Yay for UES.”

The most expensive contract of the week spanned two condos at Naftali Group’s The Bellemont at 1165 Madison Avenue. Both units are full-floor duplexes, which the buyer plans to combine to create a more than 13,000-square-foot, four-level apartment with 2,350 square feet of outdoor space across eight different terraces. The units were last asking a combined $66.5 million.

Two units tied for the second-priciest contract of the week: one at another Naftali project on the Upper East Side and the other a condo in Tribeca.

A six-bedroom penthouse at 200 East 83rd Street, the newly built, 38-story tower developed by Naftali and Rockefeller Group a few blocks away from The Bellemont, went into contract asking $27 million. Featuring a 41-foot great room and a 40-foot loggia with views of Central Park, the unit spans 5,835 square feet.

What the Naftali projects have in common, apart from their location, is a classical design by Robert A.M. Stern, the architect behind 220 Central Park South, 520 Park Avenue and 15 Central Park West.

“People seem to love that product,” said Olshan. “It has a big following.”

That contract tied with another six-bedroom condo at Iliad Realty Group’s 67 Vestry Street in Tribeca. The 5,794-square-foot loft, with a 1,500-square-foot great room and views of the Hudson River, was also last asking $27 million.

A total of 46 luxury contracts were signed last week in Manhattan, the fifth straight week that more than 40 deals were inked in the borough for homes asking at least $4 million.

The median asking price across all the deals was just over $5.8 million. The average discount from the original ask to the final one was 4 percent, down from 8 percent the previous week. Condos (38) once again outsold co-ops (6) by a sizable margin. Two townhouses rounded out the week’s luxury contracts.