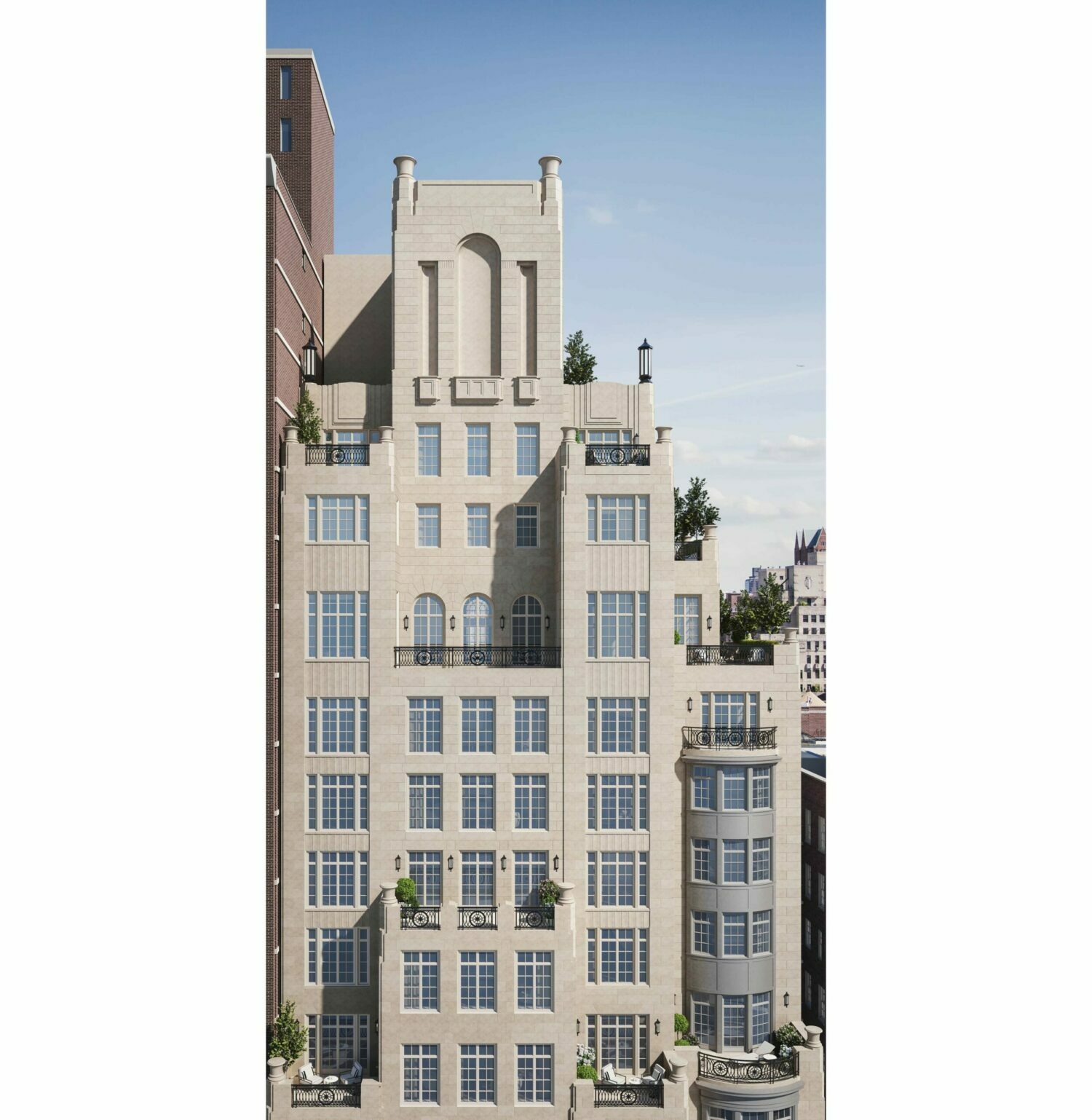 A condo project recently fitted with a billboard declaring New York City is “not dead” has, for the second week in a row, taken the top spot on Manhattan’s luxury deals. The penthouse at Naftali Group’s under-construction 1045 Madison Avenue went into contract asking $22 million, according to the latest market report from Olshan Realty. The 3,780-square-foot apartment features three bedrooms, three and a half bathrooms and three terraces. The unit was one of 25 properties above $4 million to go into contract last week, surpassing the week before as the highest amount since early March. The total comprised 8 co-ops, 14 condos and three townhouses. The number of co-ops was the highest it had been since the last week of January. “The week was great because it showed depth in the market,” Olshan said. “All kinds of things sold in all different places.” The week before Thanksgiving is typically quite strong for luxury sales: In the same period last year, 30 properties above $4 million went into contract in Manhattan. This year, though, the market is contending with an entirely different set of forces, as Covid cases surge in the city and real estate braces for new restrictions. Across all the deals last week, the average discount from the original to final asking prices was 14 percent, according to Olshan’s report. The No. 1 spot marked the second week in a row that Naftali’s building, known as The Benson, had the priciest deal. A penthouse asking $35 million went into contract the week before last. Alexa Lambert of Compass, who is marketing the building with Alison Black, said the buyers of the latest penthouse were from the West Coast. The second-priciest contract was a four-bedroom duplex at 300 Central Park West that was last asking $19.9 million, making it the most expensive co-op to go into contract on the Upper West Side this year. The buyers were a New York family, represented by Deanna Kory of Corcoran. “We went four or five times over a period of time.” Kory told Olshan. “All deals have their ups and downs but as deals go, this was very measured.”