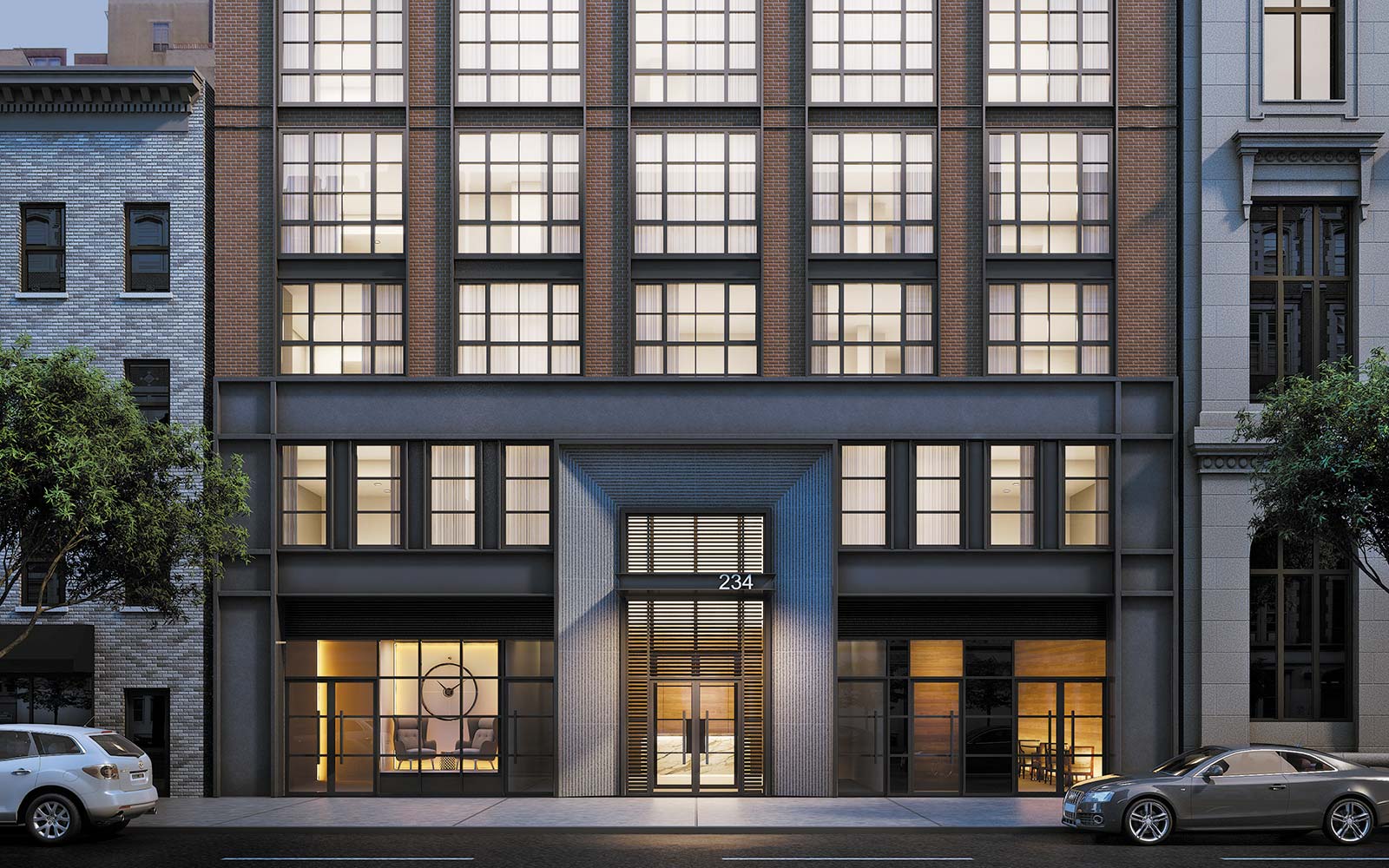 Yet another project from the prolific Naftali Group launches sales today. The brand new 20-story tower at 234 East 23rd Street, described on its official website as “an oasis of calm in the beating heart of the city” has nine active listings, ranging from an $815K studio to a $2.895 million two-bedroom, although the four-bedroom, full-floor penthouse with multiple large, private terraces will be asking north of $6 million whenever it comes to market. Building amenities include a second-floor garden terrace, roof deck, lounge, library, billiards room, and gym. There’s also a common kitchenette/bar, a doorman, concierge service, and private storage. Interestingly enough, especially considering all those amenities, all the apartments that have been listed so far are asking under $2,000 per square foot.