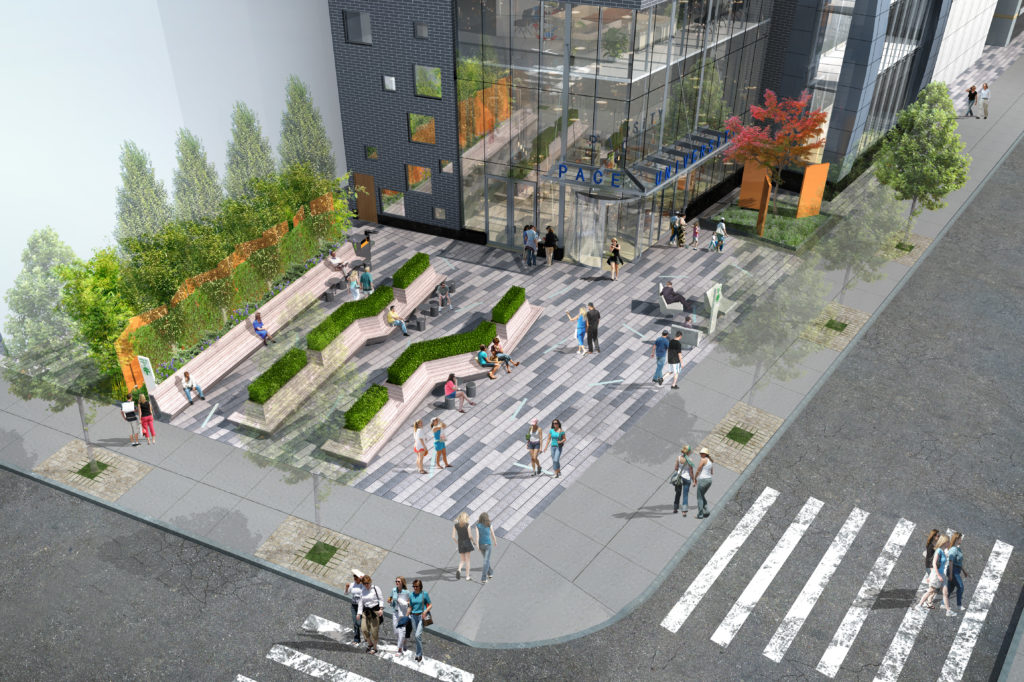 Following the opening of the world’s tallest college dorm at 33 Beekman Street for Pace University, building owner SL Green Realty Corp. announced today in a news release that the firm is in contract to sell the property for $196 million.

The real estate investment trust also announced today that it signed a deal to sell the leasehold interest in the Lipstick Building, also known as 885 Third Avenue, for $453 million. A spokesman for SL Green confirmed there were two distinct buyers but declined to identify them. (Commercial Observer later learned that Ceruzzi Properties and Shanghai Municipal Investment USA are the buyers of the Lipstick Building ground lease.) The two sales was a strategic move by SL Green.

“These sales are a continuation of our previously announced strategy in connection with funding our acquisition of 11 Madison Avenue through the sale of non-core and complex assets,” SL Green’s David Schonbraun said in a news release.

SL Green and the Naftali Group built the 772-bed, 34-story residence hall at 33 Beekman Street for Pace, which is one block from the school’s main academic building and campus center, at 154-166 Nassau Street, or One Pace Plaza. Pace has a lease at the new dorm.

It is the second dorm that SL Green has completed for Pace. The landlord built the 609-room dorm and retail project at 180 Broadway in 2013. The sale of 33 Beekman Street is expected to close by mid-2016.

The Lipstick Building has been owned by a group of investors, primarily comprised of IRSA, Argentina’s largest real estate firm, and the Marciano Investment Group since 2010. SL Green Realty and Gramercy Capital paid $317 million for 79 percent of the 592,000-square-foot building’s fee-simple interest and a 21 percent leasehold interest. Today’s sale is expected to close at the end of the year.

The REIT also recently reached an agreement to sell 570 and 574 Fifth Avenue in Midtown for a combined $125 million, as CO previously reported.