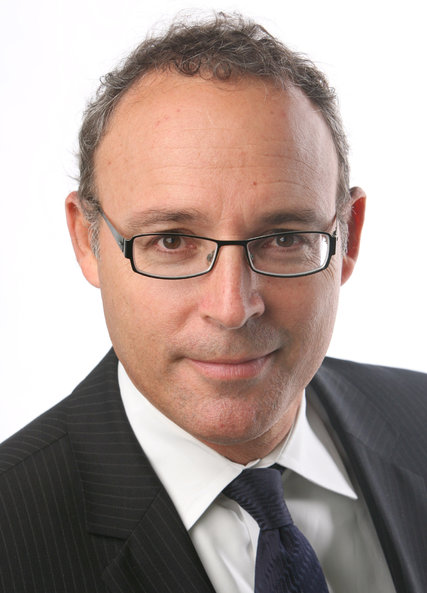 Mr. Naftali, 51, is the chairman and chief executive of the Naftali Group, a development company focused largely on high-end residential projects in Manhattan. Before starting the company more than two years ago, Mr. Naftali served as the chief executive and president of the Elad Group, a development company based in New York whose projects include the redeveloped Plaza Hotel.

Q. Why did you leave Elad?

A. I felt, really, that it was time for me to go. I really wanted to go to spend my time on the development side — create, design and develop properties.

Q. It was your idea for Elad to buy and reposition the Plaza Hotel. What was the genesis behind that?

A. I don’t think it’s really known. I was negotiating and trying to buy the Mayflower Hotel, which became 15 Central Park West. So I spent the year in endless meetings with the representative of the Greek family that owned it, and, frankly, I was sure that I’m buying it. So there was a point where they said, bring your best and final offer. I came with my proposal and I lost it. I offered $364 million and the partnership that eventually bought it, the Zeckendorfs, paid more.

I was very, very upset, because I had all these visions and dreams about what we would develop over there. I said, I have to find something else that is overlooking the park. I wanted to create a mixed-use development that will be the highest-end that I can create. So it was just by coincidence that I was walking on Central Park South and I ended up at the steps of the Plaza and I looked and I said, “What about the Plaza?”

Q. Your new company seems just as active as Elad.

A. We are quite busy. In just a little bit over two years we closed 12 deals. The majority of them are development deals, but some of them are just existing buildings that we repositioned and increased the value.

Q. How many projects are you working on now?

A. Eight. In Chelsea I have two; both of them are on 25th Street. One of them is a rental at a prewar building, and right next to it I’m building a condo, ground up. It’s going to be 12 stories.

On 23rd Street in Gramercy is going to be a building with 21 stories; we started the demolition, and we are continuing to work on the design. That should be completed in 24 months.

On 82nd Street on the Upper West Side we opened the sales office and have already sold over half of the units in just one month; 82nd Street is a boutique building that will be 11 units, but they’re relatively big, between 2,500 and 6,000 square feet. On West 77th Street, we are designing right now but we are probably going to have around 30 units.

Park Slope is basically complete. That’s a rental with 104 units. We’ve leased just over 70 percent of the units. Blended, the rental rates are $60 a foot; the higher floors are reaching as much as $70 a foot. The building is open; we’ve already moved in 60 tenants. Boerum Hill is under construction. We basically topped out; we’re planning to open it at the end of April, beginning of May. That’s 85 rental units.

The eighth project is student housing for Pace University.

A. That’s correct. But at the same time I have a team, and as a team we worked on billions of dollars all over the world. We worked on multiple projects in New York. The development team that’s surrounding me right now, that’s the team that worked with me on different buildings in over nine states and in Canada and Singapore. We had an amazing ride and experience over there.

Q. What else do you have in the pipeline?

A. We are negotiating other deals right now — in the New York greater area — and obviously I can’t tell you about them.

The market is difficult now — very pricey and there’s a lot of competition. But once we feel the market is too pricey we’ll start to go outside.

Q. Where would you like to see the Naftali Group in the next five to 10 years?

A. Hopefully we’ll own what I call investment properties, either rental buildings or office buildings. I would like to be in a position where we have income-producing properties, residential and commercial, that create an ongoing income stream in good days and bad days. And then take advantage of development and repositioning opportunities in any market that we can find those opportunities.

We have no vision to have 500 people working for us. The vision is to be lean, smart, take advantage of opportunities and always be prepared for the down cycle.

Q. You live in Bergen County, N.J. Could you see yourself moving into one of your fancy new developments in New York?

A. We are moving — to 82nd Street — because my older daughter is in Syracuse now and my younger daughter is a senior in high school and going to go to college next year. We live in a very quiet, very safe neighborhood, and it was really for my wife and my kids, because that was the lifestyle they wanted to have.

Q. What do you do in your spare time?

A. Sailing. I have a yacht.

It’s the only place where I can really relax. My girls decided to name it Club M, for Dad to chill.