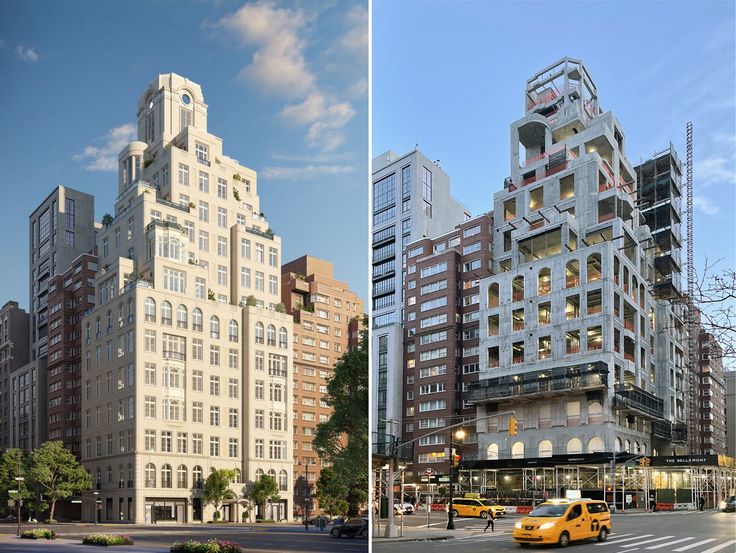 Every new building, whether it be supportive housing or a seldom-used bunker for billionaires has the opportunity to positively contribute to the built environment. Since bringing online apartments within financial reach to most New Yorkers has become too tall of an order for today’s developers, who blame high land and labor costs for their eye-watering prices, the least we can ask for is that new buildings look appealing to those on street.

One such new development is The Bellemont, a ground-up condominium underway at 1165 Madison Avenue and 79th Street on the Upper East Side. Piloted by veteran developer Miki Naftali and designed by Robert A.M. Stern Architects, one of the most treasured designed firms of our time, the debonaire, limestone-clad tower will host just 12 grand residences, with the least expensive having a sticker price of $8.6 million.

Forgoing fleeting trends in modern design and instead relying on their wealth of knowledge relating to Classical architecture and New York history, Stern sculpted an uplifting 13-floor tower with extremely high ceilings, dramatically scaled windows, and an elegant wedding cake-style massing that yields a plethora of private terraces. Channeling the Upper East Side’s legacy of time-honored architecture, the building’s public face is further amplified with a dash of Juliet balconies, arched windows, ornate metalwork, and a beautifully articulated enclosure of the rooftop bulkhead.

As of early March, the 210-foot-high concrete superstructure has topped out, and the hand-laid Indiana limestone cladding is now being applied. While the building’s opulent design may be more suited for Fifth Avenue instead of Madison, like Stern’s other nearby works such as 1228 Madison and 150 East 78th Street, the building will appear to anchor its corner as if it had always been there.

Apparently, when a product speaks for itself, buyers notice. The Bellemont’s units were never publicly listed and were quietly shopped around by Compass Development Marketing Group. As of late February, all but one of its units have been signed into contract. This includes a deal where two penthouses are being combined into a four-story apartment with 13,011 interior square feet, its own interior elevator, and eight private terraces. The Wall Street Journal, who first reported the deal, says a New Yorker made the purchase off of floor plans and is paying slightly more than their individual asking prices of $39.65 million and $26.5 million.

Refined by Rome-based Achille Salvagni, the homes are conceived to evoke the feeling of a classic turn-of-the-century Parisian apartment. They all feature loft-like ceilings, moldings, and large-scale polished doors. Residential amenities will include a stylish attended lobby, a holistic fitness center, a regulation squash court, a state-of-the-art screening room, a well-thought children’s playroom, and a rooftop terrace with views of Central Park.

The Bellemont is a half block from Central Park and close to the museums of Museum Mile, Madison Avenue shopping, and fine dining. Families will also appreciate the close proximity to top schools like The Dalton School, Spence School, Regis High School, and Saint David’s School. Delivery is anticipated by year-end 2022.