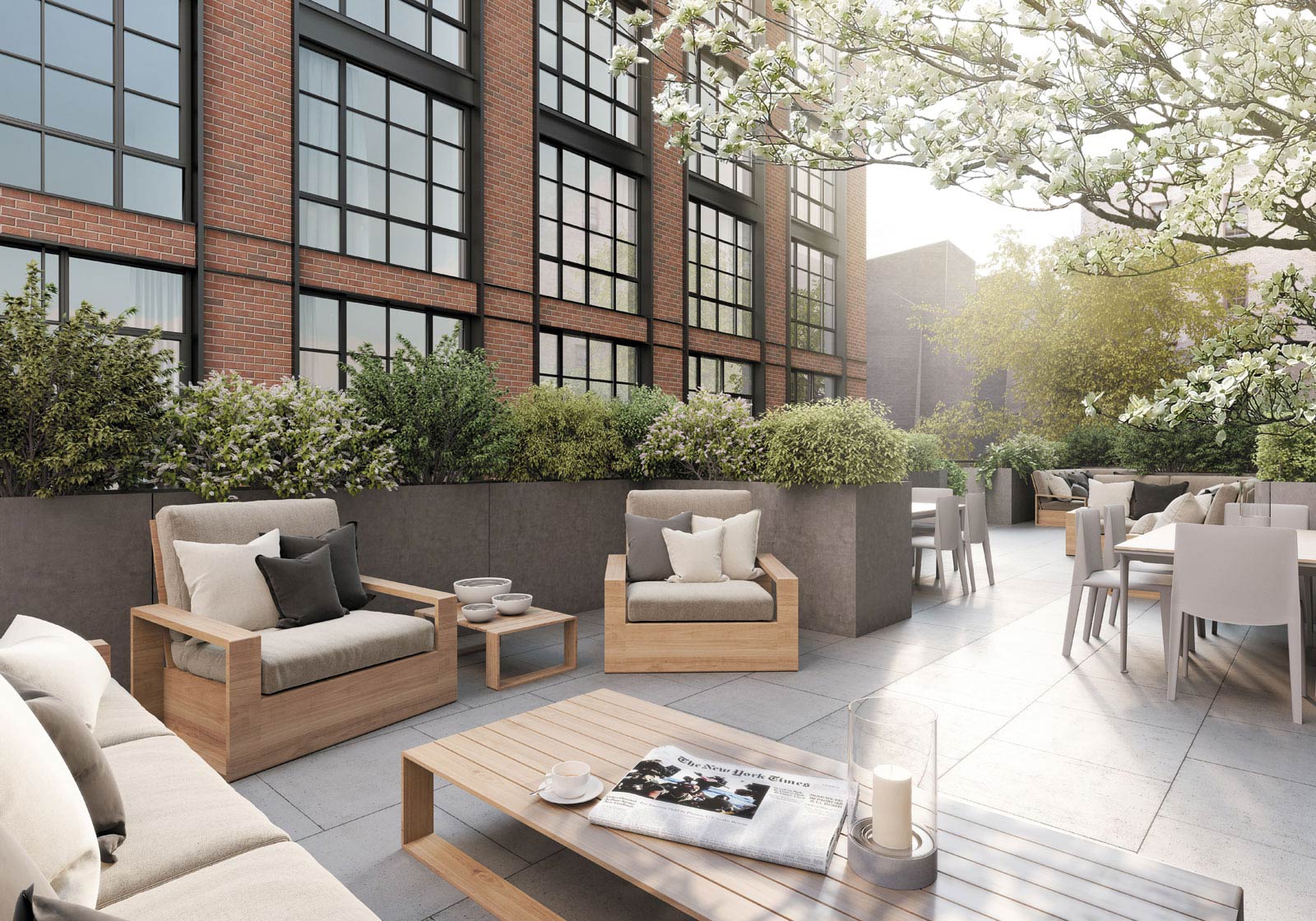 Take a walk down Park Avenue South, then up Lexington Avenue between 18th and 28th streets — a small crossroads of the NoMad, Flatiron and Gramercy neighborhoods — and it’s immediately evident that this commercial pocket is now taking on a new residential identity.

Nearby, the block-long, two-building conversion at 88 and 90 Lexington Ave. came to market in June and anticipates closings by year’s end.

Just one block wide and 10 blocks long, this zone is quickly evolving into a neighborhood of its own, with a number of other residential projects now selling or in the pipeline.

Industry sources attribute its growth to two main factors. First, builders discovered this untapped stretch as a convenient location between Midtown and Lower Manhattan, making it an attractive spot for buyers who work in either district.

Second, they’re tracking a series of upscale commercial openings in the immediate area — restaurants and bars among them — and placing bets that residents also want to be in an all-in-one location where trendy amenities are within easy reach.

As further testament to the shiny digs now on offer in the area, median sale prices here soared nearly 74 percent to $1.19 million year-over-year in 2014, according to StreetEasy.

The same walk down these avenues just five years ago would have provided much different sights.

“There wasn’t a lot of [residential] inventory,” says Lesley Bamberger, the CEO of Netherlands-based Kroonenberg Groep, which developed the 58-unit Huys, where only one unit condo remains for sale — a three-bedroom penthouse asking $6.75 million. Kroonenberg has owned this building as an investment since 2002, where they previously housed office tenants. But in 2010, the Gansevoort Park Avenue hotel opened next door, which altered the local landscape and pushed the firm to begin a residential conversion in 2013. “[The hotel] lifted the whole area — it was getting more hip and we saw a lot of developers looking at this same area … timing-wise, we were perfect.”

It was a similar motivation for Equity Residential and Toll Brothers City Living, which co-developed the hybrid, Christian de Portzamparc-designed rental/condo at 400 Park Ave. South. Equity developed the 269 rental units here; Toll handled the 81 condos. The building is slated for completion this autumn.

“When we initially looked at the neighborhood, we saw what it was starting to go through,” says David Von Spreckelsen, the New York division president of Toll Brothers City Living, which bought this plot with Equity for $134 million in 2011, property records show. “Seeing the residential movement up Lexington and Park, plus the hotels and restaurants going in, the timing was right to pull the trigger on a residential project there.”

The area’s commercial offerings have only become more robust in the years since. Notable newcomers include the New American-meets-Mediterranean Irvington restaurant — helmed by executive chef David Nichols — which opened in March at the W Union Square Hotel on Park Avenue South. Last October, chef Justin Smillie and restaurateur Stephen Starr opened the California-inspired Upland eatery at 345 Park Ave. South. Nearby, May 12 marked the highly anticipated opening of hotelier Ian Schrager’s New York EDITION hotel — a luxe spot with its own restaurant and bars.

Proximity to this bustling culinary scene was a factor for Mark Baity — a 26-year-old buyer at 400 Park Ave. South — to snag an 819-square-foot one-bedroom for himself here in March. Moreover, he aimed to be in an amenitized building and in a convenient location within Manhattan. Baity, who works in finance and currently lives in Connecticut, moves in October and plans to work in the city. “After a work day, it is definitely an additional perk to be in the same borough, as I have experienced making a long commute in traffic in both directions.”

Other projects in the works along this corridor include 287 Park Ave. South — a residential conversion that industry spies tell The Post will be designed by Rogers Partners and marketed by Compass. There’s also 78 Irving Place (Irving turns into Lexington north of Gramercy Park) — a not-yet-launched seven-unit conversion with sales and marketing handled by Douglas Elliman Development Marketing. This latter project is located just one block from the Robert A.M. Stern-designed 18 Gramercy Park South conversion — a recent addition to the area, which has commanded record Downtown sales. Now, a 6,329-square-foot penthouse asks a cool $49.75 million here.

The most recent newcomer is HFZ Capital Group’s 118-unit 88 & 90 Lex conversion, where prices span just over $1 million to $10 million. The two buildings — one pre-war and the other post-war — were designed by Workshop/APD, an architectural firm led by Matt Berman and Andrew Kotchen, and units boast open layouts, over 10-foot ceilings, as well as travertine and limestone touches in the bathrooms.

“It’s unbelievable when you look at where this is located in Manhattan — it’s centrally located,” says Workshop/APD principal Matt Berman of the area. “It’s going to continue to radiate out and push farther east.”

Indeed, the heat has already spread in this direction. Prices at Chetrit Group and Clipper Equity’s conversion at 215 E. 19th St. were revealed early this month; the most expensive unit will ask $33 million. There’s also Naftali Group’s ground-up 234 E. 23rd St., which launched sales last June and will deliver its 57 units in the first quarter of 2016. There’s just one unit left here: a four-bedroom penthouse asking $6.44 million.

“This area has been overlooked,” says Stribling Marketing Associates’ Alexa Lambert, who’s leading sales and marketing at 234 E. 23rd St. “There’s potential for upside; buyers see the area is nice, but not as nice as it’s going to be. There’s a hint of opportunity for people here.”