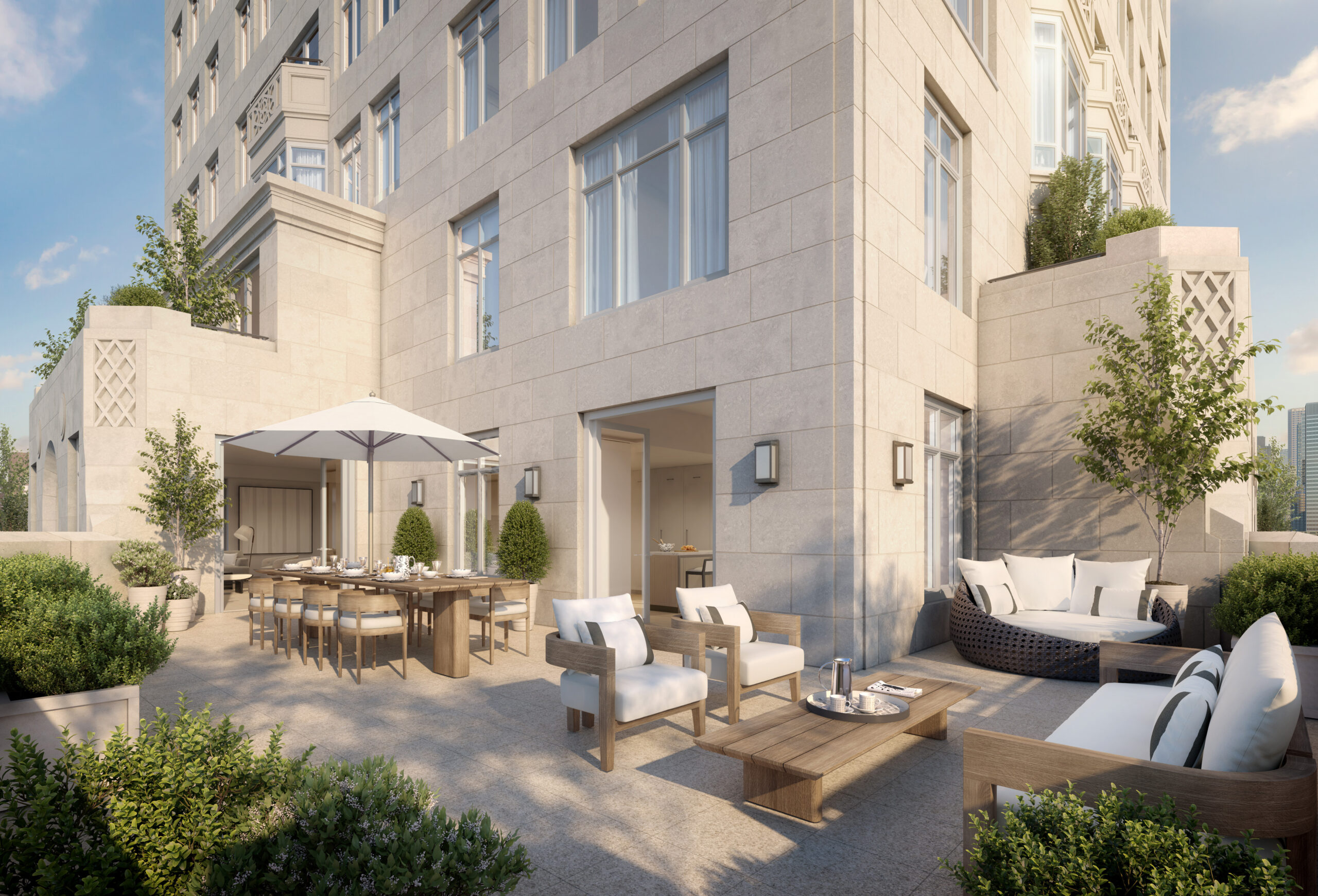 New York, unsurprisingly, lays claim to have a proliferation of starchitect residential developments that compete for attention from the design loving set. One of the newest and most buzzed about is Robert A.M. Stern’s 200 East 83rd Street on the Upper East Side, which is launching sales next week.

When designing the tower, Stern’s firm RAMSA was inspired by old New York and the structures along Park, Fifth, and Madison Avenues. “We wanted the building to look like it has always been there and a part of the city’s social fabric,” Stern told AD in an interview. A combination of Gothic, Byzantine, and Art Deco styles, it features a façade of Indiana limestone and precast concrete, a blackened nickel entrance door, and a gated porte cochere with a car elevator that leads to an underground parking garage.

Ornamental elements were integral to the design, Stern says. “We included details on the exterior that date back to prewar New York, such as flower and geometric motifs,” he says. “We wanted to reinvigorate that style.”

Rottet Studio was charged with 200 East 83rd’s interiors: They include 86 residences that span from one to six bedrooms, and they have private gallery foyers and white oak flooring. Prices begin at $2 million. Owners can enjoy an eye-candy-like lineup of amenities such as a 70-foot pool with double-height vaulted ceilings and views of the city skyline, a winter garden with an outdoor terrace, a spa with treatment rooms, a library with a fireplace that opens to a landscaped garden, a cinema, a yoga studio, and spaces for both children and teens.