The Unexpected Is Increasingly Popular For Launch Parties: Everything From Artists to Puppies 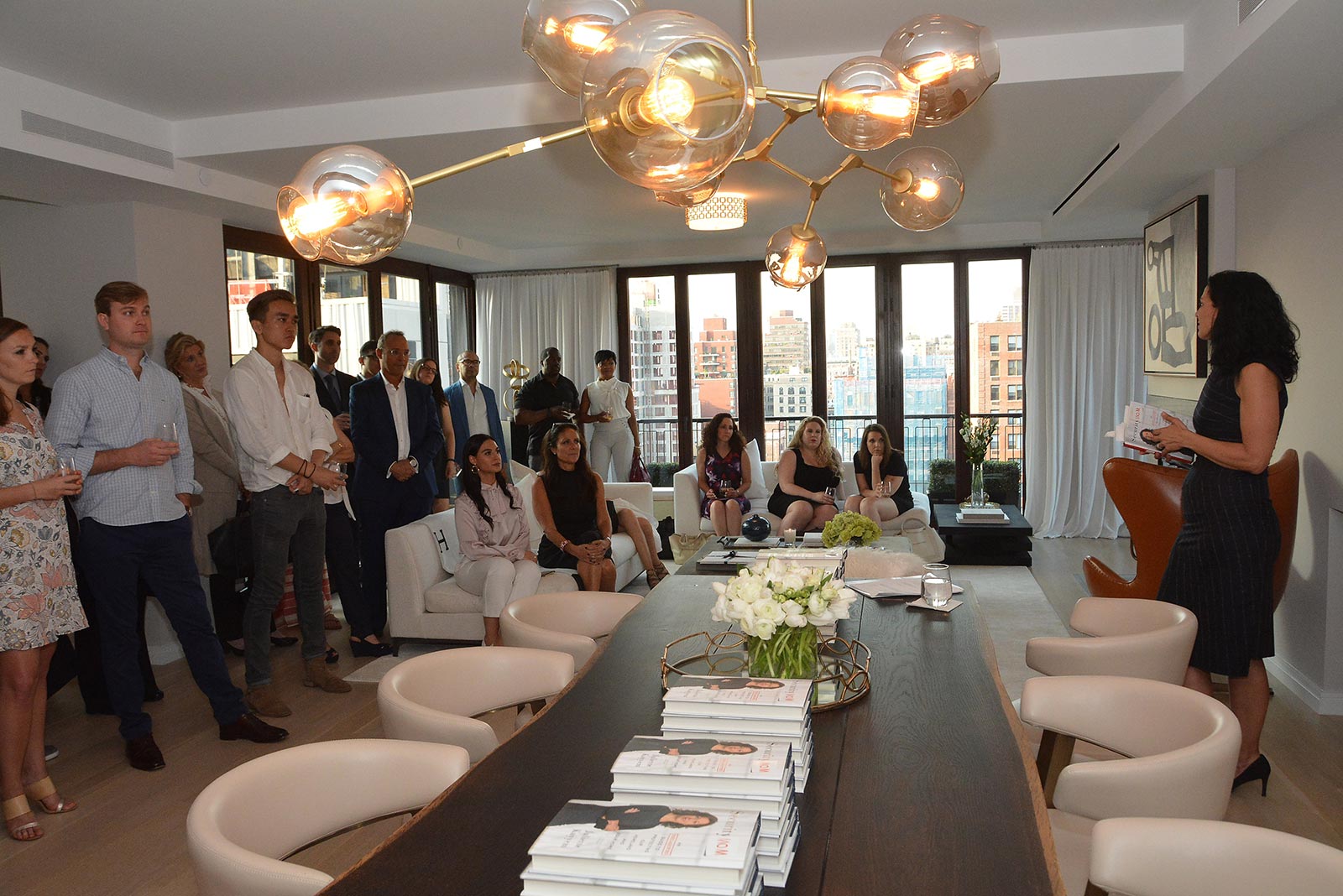 Gone are the days of run-of-the-mill champagne and hors d’oeuvres parties to introduce real estate brokers to new listings.

Today, real estate events—from a boho brunch pool party, with hair-braid girls and inflatable unicorn floats in Hollywood, to an intimate sit-down with a renowned national security expert on Manhattan’s Upper West Side—are more unexpected, curated and brand-conscious than ever before.
That’s because as launch events have become so common, experts say they’re constantly looking for new ways to break through the clutter and reach a property’s target market. Once they’ve piqued the interest of potential buyers through a one-of-a-kind opportunity, the next step is getting them out of the comfort of their current houses and in the door of what might be their new one.
“As great as pictures and videos are, no one buys real estate unless they’ve experienced a property for themselves,” said Mike Leipart, managing partner of new development at Los Angeles-based real estate firm, The Agency.

Once you have the right people at your event, the aim is to leave space for them to connect with the property and have a meaningful experience, said Matt Van Damm, executive vice president at the Manhattan-based Naftali Group, which recently held the Upper West Side event featuring CNN regular Juliette Kayyem in a $10.35 million apartment.

“Great food and great alcohol and celebrities can make for a super fun party, but I think a lot gets lost when you pack the house in terms of what the space is and how it feels,” Mr. Van Damm said. “We try to get really micro to our market, and bring more value to everyone that’s there, so that they come out of our space with a good feeling, and memories that linger.”

While out-of-the-box real estate events are certainly held in other U.S. cities like Miami and San Francisco, experts say that they’re most common in New York and Los Angeles, where it’s more difficult surprise and entice people who have largely built up an immunity to anything that’s expected—even lavish displays of wealth.

That’s why most developers today put aside enough funds in the marketing budget to host multiple curated events intended to introduce a new property to the media, area brokers, surrounding community and targeted potential buyers, said Alexander Ali, the CEO and founder of The Society Group, a Los Angeles-based public relations firm.

When The Camden, a Hollywood rental building with units priced between $2,200 and $10,000 per month, launched last summer, Mr. Ali said he hosted several events meant to attract hip millennials. First, he held a party for 40 press contacts, which started with an immersive theater performance that allowed them to explore the building, and led to a sit-down dinner. Next, he threw a lavish $50,000 grand opening party, with spectacles like a street artist tagging the walls, bartenders running cocktail classes, and up-for-adoption puppies playing in the dog area. And finally, he held the boho brunch for early residents and their friends, which featured an underwater photo booth and vegan gelato treats, for $8,000.

“For each of these events, the idea was to keep people in the space for as long as possible, and give them something that they couldn’t get anywhere else,” said Mr. Ali, noting that if an event is boring, it could have the unexpected effect of labeling the property as boring, too. “You want to tap into what the audience wants and create an emotional connection.”

Generating buzz and creating that connection was also the aim of a Palm Springs art installation called “Mirage,” which is meant to promote the new Desert Palisades development—a 110 lot project, of which 14 are currently for sale—in the Southern California desert.

Designed by Doug Aitken, this mirrored house was featured in Modernism Week in February and Desert X, which ended in late-April. Developers also had a finished home, designed by renowned area architect, Lance O’Donnell, and listed at $3.295 million, ready to go during these events as well.
Having this exposure at events that naturally drew people who already have an affinity for the desert and architecture was important, as that’s exactly the opportunity that Desert Palisades is selling, Mr. Leipart said.

The insane social media exposure and mentions on art and design blogs around the world is a happy secondary effect, Mr. Leipart said, which he hopes will expose the development to could-be interested international buyers.

“If there’s an obscure blogger in London who’s posting a picture of the house, he’s likely not buying one,” Mr. Leipart said. “But sometimes you have to generate that broad interest to get the narrow attention from the right people.”

When Naftali first started construction at 210 W. 77th St. in Manhattan about 18 months ago, they held an event to generate goodwill, with the community in mind, Mr. Van Damm said, inviting neighborhood families with children to put on hard hats, see the construction site and paint the surrounding fences.
Although it’s quite different in its approach, the Juliette Kayyem event was also laser focused on the local community. “She’s incredibly relevant,” Mr. Van Damm said, noting that she’s a New York-based working parent, who has a lot of the same concerns as others who live in the area.

While he said that the event was well attended, with 35 to 40 people, he doesn’t judge the success by whether it ultimately leads to a sale. “There are so many things that we do in the hopes of reaching our audience,” he said. “This one was good for the project and good for exposure.”

Hosting curated art events is another way to attract the right audience, experts say, if art collectors are among the target demographic.

At 22 Bond in Manhattan’s NoHo neighborhood, “the art connection that we have is real,” said Douglas Elliman’s Darren Sukenik, who is selling the units, which are priced from $8 million to $20 million.
Work commissioned by artist Roy Nachum will appear in the public spaces, individual units’ interior walls will be reinforced so that art collectors can hang their work, and a Federico Uribe sculpture called “SuperFly” will permanently sit atop the building’s exterior.

Mr. Sukenik is also overseeing the upcoming launch event, where he said the guests, encompassing a who’s who of the New York art world, will be over the top, but the event itself won’t be. “If it’s a gimmick, it doesn’t work,” Mr. Sukenik said, adding that pandering, whether that’s to potential luxury buyers or the brokers that will represent them, is always a no-no.

“There has to be substance and style, and there has to be a purpose,” he said. “Anything that’s kitschy or over-the-top or ridiculous won’t work.”

While these out-of-the-box events are an important tool used to sell luxury properties, Mr. Ali did say for the most expensive properties, like the $100 million OPUS property in Beverly Hills—or, really, anything more than $40 million—events aren’t appropriate, because those properties are too precious.

“We walk into a property, and let the space and the budget speak to us, and tell us what we can do,” Mr. Ali said. Sometimes, a room full of puppies, which didn’t cost a thing but got the most buzz for The Camden, is all you need, Mr. Ali said.