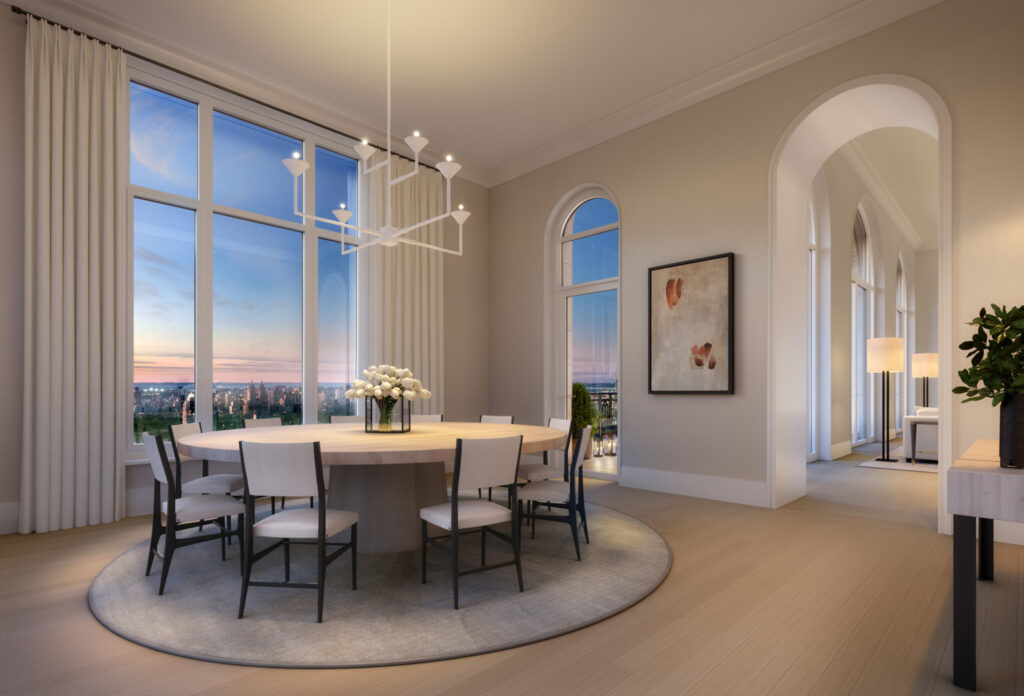 New York is in love with the new. During week after week in the fall of 2021, buyers at the upper end of the real estate market have been choosing with their dollars. What they choose, time and again, is newly constructed (or not even yet constructed) condominiums. While fewer billionaires are actually purchasing units on Billionaire’s Row on 57th Street, other parts of town see unprecedented absorption rates in new condo inventory. The largest deals of the past week include a 13,000-square-foot double penthouse at 1165 Madison Avenue for $66 million and a $27-million, 5,835-square-foot penthouse at 200 East 83rd Street. According to Olshan’s Luxury Market Report, these deals headline another week in which over forty Manhattan contracts were signed at $4 million or more. Of the top ten, only one, a large and glamorous apartment on the second floor at 625 Park Avenue (a co-listing between Douglas Elliman and Warburg), is a co-op. The other nine, ranging in price down to $8.5 million for a south-facing beauty at 200 East 65th Street (built in the late 1980s and aimed at the Japanese market which was so active at that time) are condominiums. New development properties offered by sponsors account for eight of these.

So eight of the top ten sales last week, all at $9 million and above in asking price, come from the supposed oversupply of just-built (or not yet built) units which, in the minds of many prognosticators at this time last year, would weigh down the Manhattan market for years to come. In fact, the current outcome defies expectations in almost every respect. Some of the most salient characteristics of this trend are:

As many co-ops languish, victims of invasive board review and onerous renovation requirements, the new condominiums thrive in every part of town and at every price range, from Long Island City to Bayside to Gowanus. Buyers find fully appointed, spanking new, amenity-rich spaces, many with high ceilings and ample proportions, into which they can move with only their furniture, clothing, and a toothbrush. It’s easy, and in the wake of the pandemic, who is not looking for that?