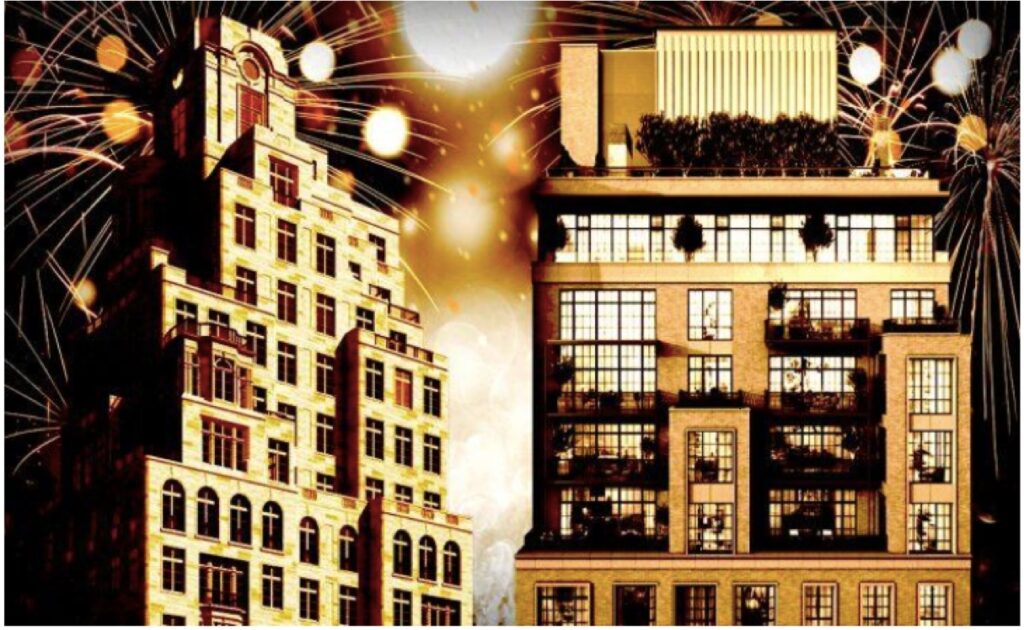 Though it’s 20 fewer than the previous week, last week’s total marks the highest start of the year since Olshan Realty’s luxury market report launched in 2006. The previous record was 15 contracts signed in 2017. The weekly report tracks contracts signed for Manhattan residential properties $4 million and above. The priciest contract in the period was for PH16 at 109 East 79th Street, which asked nearly $30 million. The 6,548-squarefoot apartment includes five bedrooms and five-and-a-half baths. It also has a living room with a fireplace, library and formal
dining room, which open onto two terraces that total 640 square feet. The new development is 20 stories with 31 units. The building is expected to be completed later this year, but 20 units have already sold with asking prices averaging $3,913 per square foot. Amenities in the building include a doorman, gym, golf simulator, game room, spa treatment center and a regulation-sized squash court that converts into a basketball court.

The runner-up for the market’s priciest pad was the ninth floor of 1165 Madison Avenue. The full-floor unit asked $21.5 million, which was raised from its original price of $18.65 million. In addition to five bedrooms and six and a half bathrooms across the unit’s 6,132 square feet, the home features 13-foot ceilings and large arched windows. The building is a new 12-unit, 14-story condo called the Bellemont. Designed by Robert A.M Stern, its amenities include a concierge, fitness center, square court, roof terrace, children’s playroom and screening room. Since marketing for the building started in Fall 2021, eight contracts have been so far with an average asking price of $3,869 per square foot. Of the 22 contracts signed, condos outsold co-ops 17 to five. The total asking price sales volume in the period was $192 million, including an average asking price of $8.74 million and median asking price of $5.5 million. The week’s average discount from original ask to last ask was 2 percent and homes spent an average of 604 days on the market.