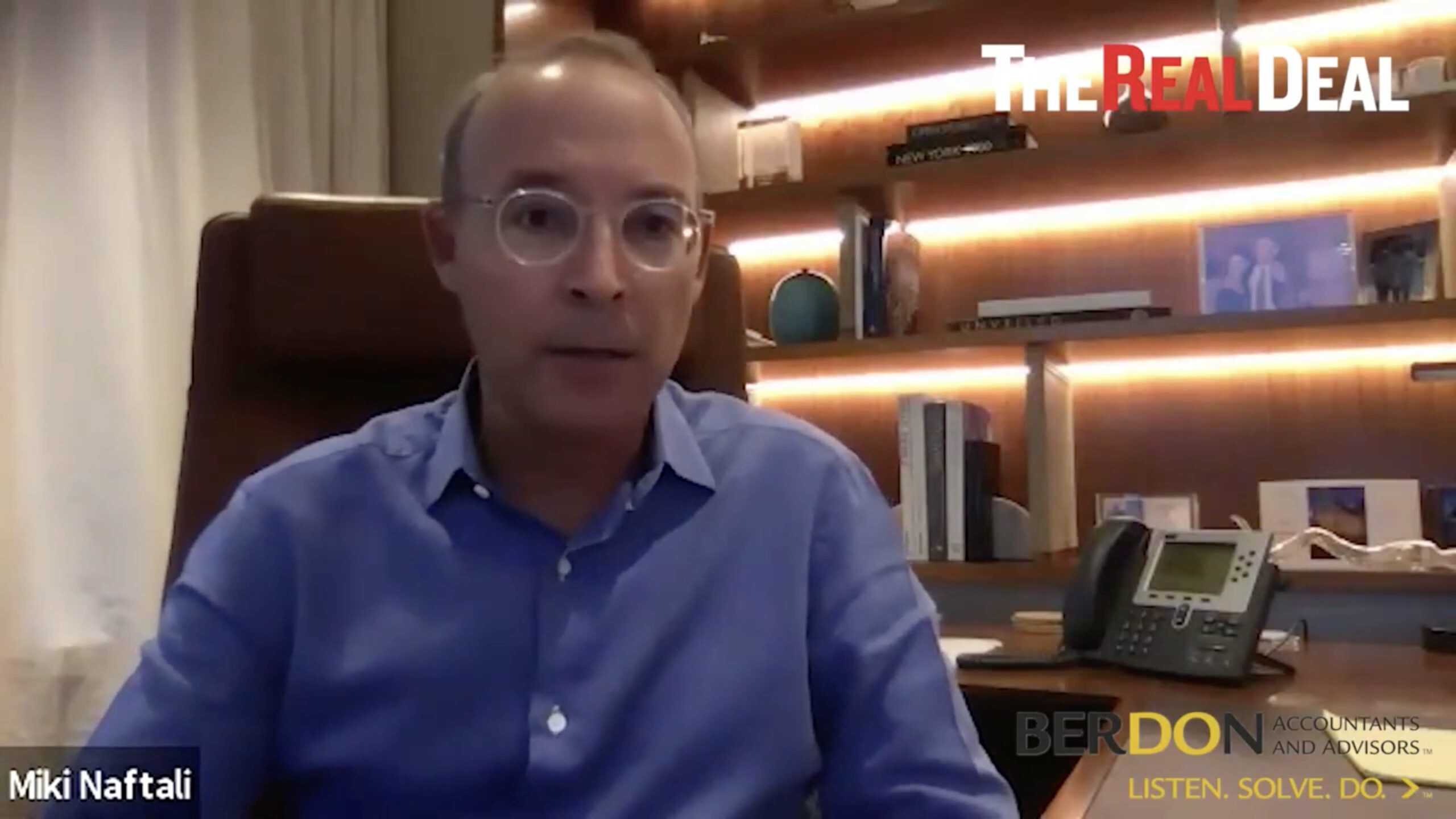 Last week, an unusual sign went up on Madison Avenue. Naftali Group’s latest marketing campaign features Jerry Seinfeld’s August love letter to New York City, and shone a light on the developer’s urban optimism as well. Miki Naftali, who is of Israeli origin but a longtime New Yorker, sat with The Real Deal founder and publisher Amir Korangy to discuss his “a little bit smart, but also lucky” approach to development projects on the latest episode of Coffee Talk. His firm’s latest condo project, The Benson, would need a little bit of luck. As Naftali Group prepared to open the sales office in the spring, the pandemic pushed buyers away from urban centers. But even while that project was delayed by about three months, Naftali wasn’t deterred. In fact, he filed plans in May for another Upper East Side condo at 1165 Madison Avenue. “The world population is growing,” Naftali said. He also sees opportunities in some of the sectors that have been decimated by the pandemic, such as office and retail. “Going back to the beginning of my career, I converted office buildings to residential,” he said. “Nothing is new.” In March Naftali called for a total shutdown on a TRD panel. “Obviously, I thought the pandemic would be over by now,” he said. As infection rates rise in New York, it’s increasingly clear that the city isn’t out of the woods. Still, about seven weeks ago, the sales office at The Benson finally opened. And last week, amid the best week for the luxury market since the spring, the project’s penthouse closed. “Full ask, $35 million. We sold Penthouse C, full ask, $22 million. We sold the full floor unit for just shy of $15 million, full ask,” Naftali said. “And we sold another full floor unit for about $13 million and another unit. We are, in seven weeks, just shy of $100 million dollar and you know what?” “You’re a very happy man,” Korangy said.