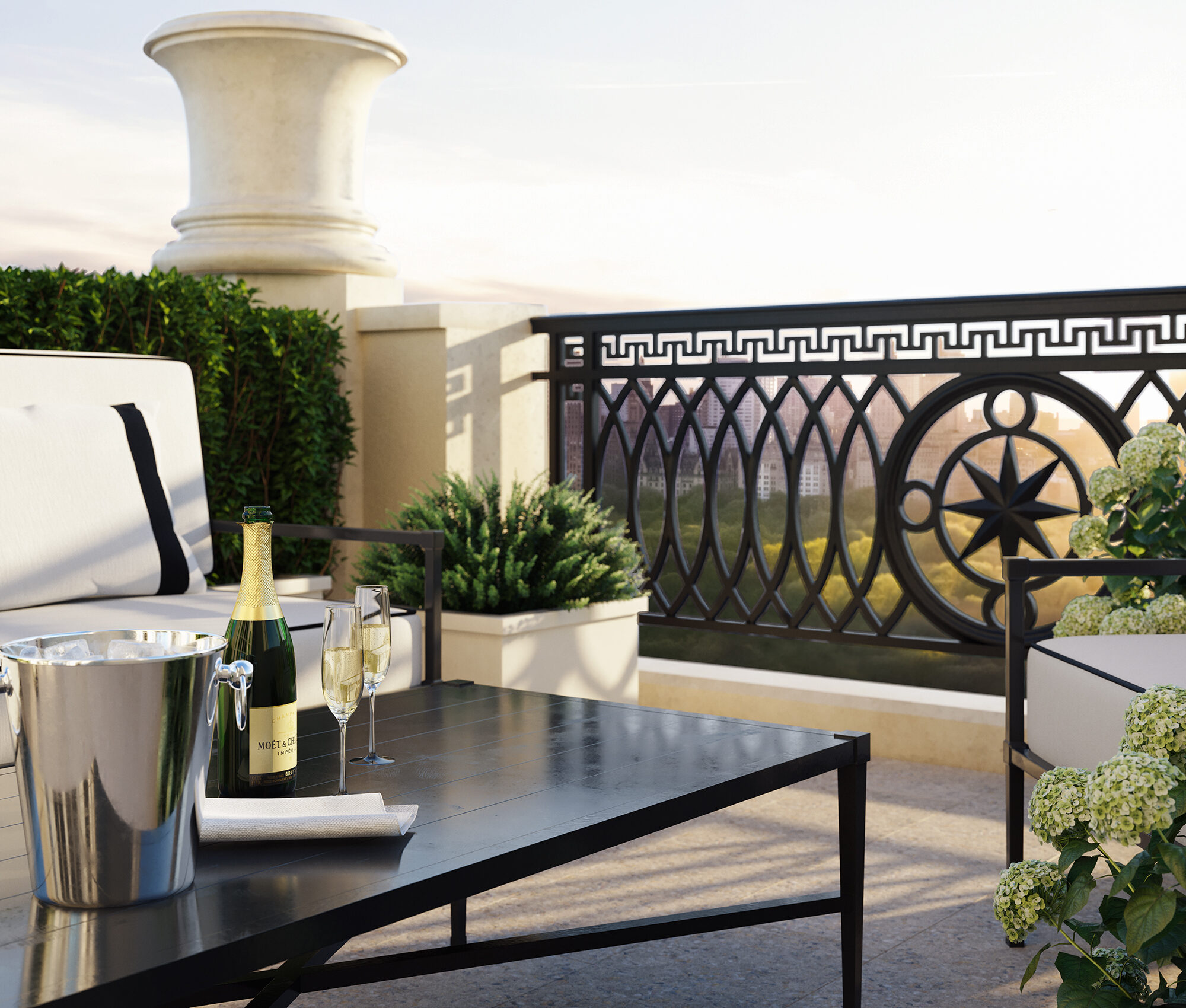 Twenty-five contracts were signed last week at $4 million and above, three more than the previous week and the highest total since the first week in March, when 27 properties were sold. Stat Geek Alert: Eight co-ops went to contract at $4 million and above, the highest total of co-op sales since the last week in January, when 8 sold. Stat Geek Alert II: Thanksgiving week moves around the calendar, but historical stats show that the week prior to Thanksgiving is traditionally a big one in the luxury market. For example, last year the pre-Thanksgiving week registered 30 contracts signed. For the second week in a row, the No. 1 contract was a penthouse at 1045 Madison Avenue. This time, it was PHC, asking $22 million. The duplex is in a new condo called The Benson, which is under construction between 79th and 80th Street and has gotten some attention lately for a billboard draped over the building; it features comedian Jerry Seinfeld promoting his New York Times column cheering for New York City. PHC has 3,780 square feet including 3 bedrooms and 3.5 bathrooms. There are three terraces that total 676 square feet– off the living room, kitchen, and master bedroom. The 15-unit, 18-story building was designed in a traditional style by architect Peter Pennoyer. Amenities include a concierge, roof terrace, fitness center, half-court basketball, a children’s playroom, a library with a garden, and a pet spa. The listing brokers were Alexa Lambert and Alison Black of Compass. Reliable sources have identified the buyer’s broker as Lauren Muss of Douglas Elliman; she declined to comment. The buyer is from the West Coast. “The building is super chic and pretty,” said Lambert. “When you are there you feel you are in a bird’s nest—particularly the way the penthouse sits overlooking the city and the park.” The No. 2 contract is the most expensive co-op to sell on the Upper West Side this year: 15/16F at 300 Central Park West, asking $19.999 million. The duplex has 4 bedrooms, 5 bathrooms, 2 powder rooms, and a den. The living room opens onto a 47-foot terrace overlooking Central Park and the reservoir. The unit was listed at the end of June, and is in the famed El Dorado, an art deco twin tower built at 90th Street around 1930. Amenities include doormen, concierge, a gym, and a garage. The listing broker was Frances Katzen of Douglas Elliman, and the buyers were a New York family represented by Deanna Kory of Corcoran. “We went 4 or 5 times over a period of time,” said Kory. “It was a thoughtful process. It wasn’t crazy. All deals have their ups and downs, but as deals go, this was very measured.” She added: “The buyers fell in love—it’s a very special property. It’s unique and has a very elegant design.”