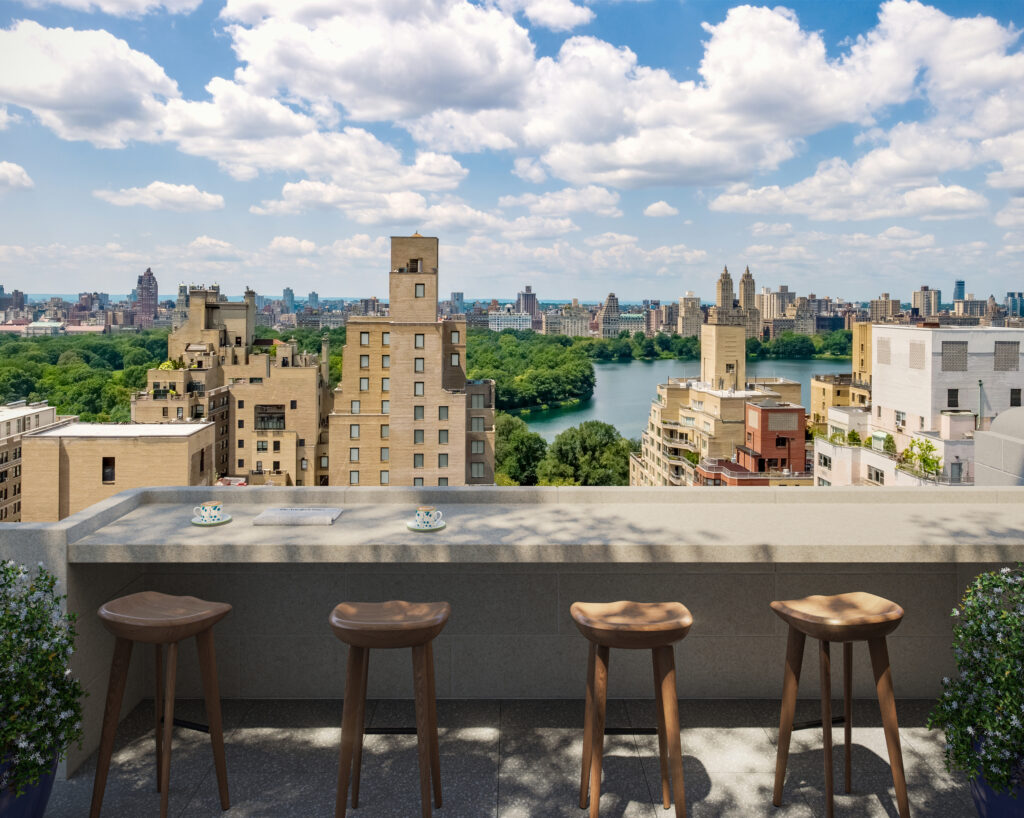 The top sale of the week took place at 25 Bond Street in Noho, where a sprawling four-bedroom unit closed for $24,611,000, or 10.5 percent below the last listing price of $27.5 million. The New York Post reported on the sale and identified the buyer as former Google CEO Eric Schmidt, who purchased it as an investment property.

November 2021 opened with 46 luxury contracts ($4 million and up) signed in Manhattan. According to Olshan Realty’s market report, this is one fewer than last week, but nevertheless the fifth week in a row of 40 or more deals. The total weekly asking price sales volume came to $414,470,000.

Nine of the past week’s top ten contracts took place on the Upper East Side, and the top contract by far was PHC/D, asking $66.5 million, at The Bellemont, a new 12-unit condominium developed by Naftali Group, designed by Robert A.M. Stern, and located at 1165 Madison Avenue. The Wall Street Journal announced the deal and noted that the buyer, identified only as a New Yorker who made the purchase off floor plans, is paying slightly more than the asking prices of$39.65 million for a seven-bedroom penthouse and $26.5 million for a four-bedroom penthouse for the developer to deliver a combined unit. This will result in a four-story apartment with 13,011 interior square feet, its own interior elevator, and eight private terraces totaling 2,350 exterior square feet. This is not the most expensive Upper East Side deal above 59th Street – the 2015 sale of a Fifth Avenue co-op for $77.5 million still holds that distinction – but it’s up there.

Naftali Group’s recent Upper East Side condo, The Benson, quickly sold out earlier this year, and The Bellemont appears poised to follow suit. Apartment 5S entered contract last week with an asking price of $11.25 million, and another unit in the building is in contract with an ask of $8.6 million. Closings are expected to commence at the end of 2022.

Two apartments tied for the second-highest contract of the past week with asking prices of $27 million. One of these took place a few blocks south of The Bellemont at 200 East 83rd Street, another Robert A.M. Stern design, where #PHA entered contract. The 5,835-square foot condo features six bedrooms, seven baths, and a 40-foot private loggia with glimpses of Central Park. This is another Upper East Side condo off to a strong start: Prior to the official sales launch, 30 percent of the 86 units in the building were already in contract. Closings are estimated to begin in the second quarter of 2022.

The other unit asking $27 million was the ninth floor at 67 Vestry Street, a 5,794-square-foot six-bedroom, 5.5-bath condo and the one downtown unit in the top 10 contracts. Andy Warhol was among the artists who lived in the loft building when it was the creative epicenter of Tribeca, and it has since been converted to luxury condos with expansive living space, high-end finishes, and hotel-caliber amenities. This comes less than four months after a penthouse in the building entered contract with a $45 million ask, and a small handful of current availabilities starts at $7.85 million. Occupancy is estimated for spring 2022.