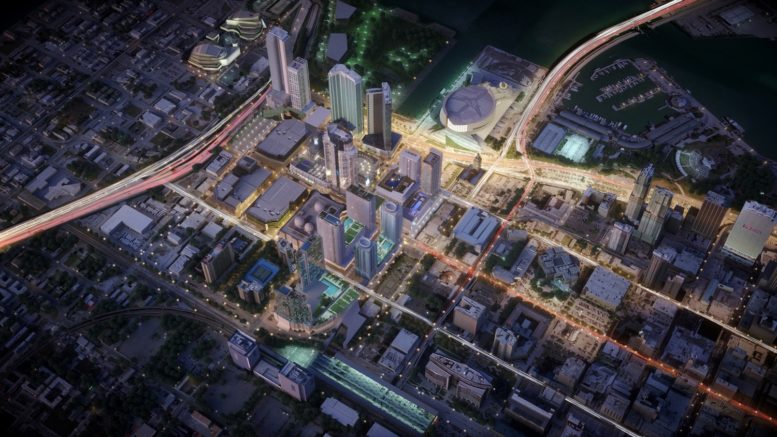 The Naftali Group has landed in Miami.

The developer, one of New York’s most prominent, in partnership with Cara Real Estate Management, paid $40.5 million for a developable parcel in Miami Worldcenter, the massive master-planned project in the city center.

The joint venture plans to build “two supertall residential towers,” spanning 1.3 million square feet in total, said a spokesperson for Naftali. Each building will likely soar 60 stories, the maximum permitted on the site, according to property records.

The Naftali spokesperson declined to comment on when construction is scheduled to begin and whether the joint venture had secured financing, only divulging that pre-sales are slated for the end of this year.

In a sign of Miami’s sizzling property market, the seller, Akara Partners, bought the 44,500-square-foot site, located at 1016 Northeast Second Avenue, two years ago for $18.9 million — less than half of what Naftali paid. In the latest transaction, Colliers’ Mika Mattingly represented both Akara and Naftali. A representative for Akara did not respond to a request for comment.

The development “is a testament to our confidence in Miami’s emergence as a major gateway city and the epicenter of arts, culture, entertainment and business in South Florida,” Miki Naftali, CEO and chairman of Naftali Group, said in a statement.

The firm chose Miami Worldcenter “after an extensive search for the right location,” Naftali added. Situated in Downtown Miami, Miami Worldcenter is thought to be the second-largest private development in the country, stretching 27 acres. The master-planned project is welcoming developments and openings from a range of firms and personalities, including the controversial former CEO of WeWork, Adam Neumann.

For Naftali, it’s the firm’s first project in South Florida. The developer joins a long list of New York firms that have turned their eyes south since the start of the pandemic. The Witkoff Group plans to build 2,195 residential units, also inside Miami Worldcenter. Michael Stern is developing another supertall tower in collaboration with culinary powerhouse Major Food Group. And Harry Macklowe filed plans for a multifamily project near the Dadeland Mall.

The Naftali Group, which says its portfolio is worth over $12 billion, owns a slew of residential properties across Manhattan. It recently completed The Benson, a luxury condominium on the Upper East Side.