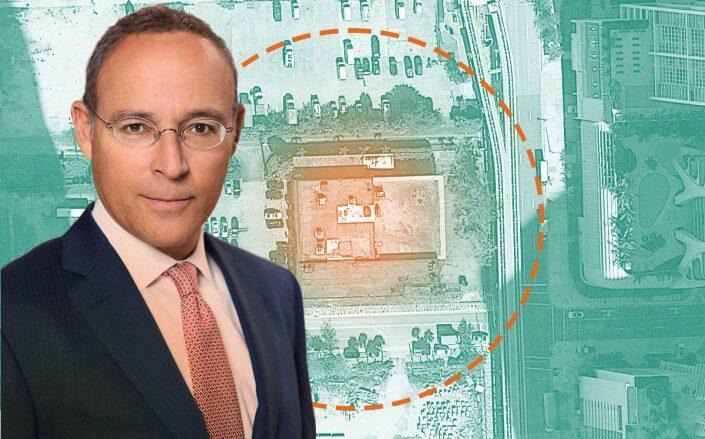 The New York-based developer Naftali Group has acquired a development site at 1016 NE 2nd Ave. in Downtown Miami’s Miami Worldcenter for $41 million and is planning two supertall residential towers. The site was acquired in partnership with Cara Real Estate Management. The seller was the Chicago-based Akara Partners who acquired the site for $18.8 million in July 2020. The off-market transaction was overseen by Mika Mattingly of Colliers Urban Core Division. The site previously served as the sales center for PARAMOUNT Miami Worldcenter.

Naftali Group, led by Chairman and CEO Miki Naftali, is now planning two supertall residential towers which they aim to begin pre-sales for by the end of 2022. The project would be their first in South Florida. Akara Partners had previously planned Kenect Miami at the site, a Perkins + Will and Stantec-designed mixed-use residential two tower development. A project of up to 1.3 million square feet can be developed on the 44,500 square foot site.

Miami Worldcenter occupies ten city blocks within walking distance of Museum Park, home to Pérez Art Museum Miami and the Frost Museum of Science; FTX Arena; the Adrienne Arsht Center for the Performing Arts; and Miami Dade College’s Wolfson Campus. It is also adjacent to Brightline’s MiamiCentral station, which will soon offer direct train service to Fort Lauderdale, West Palm Beach, and Orlando, together with access to Tri-Rail, the Metromover, and the Metrorail, making Miami Worldcenter the largest and most connected transit-oriented development in Florida.