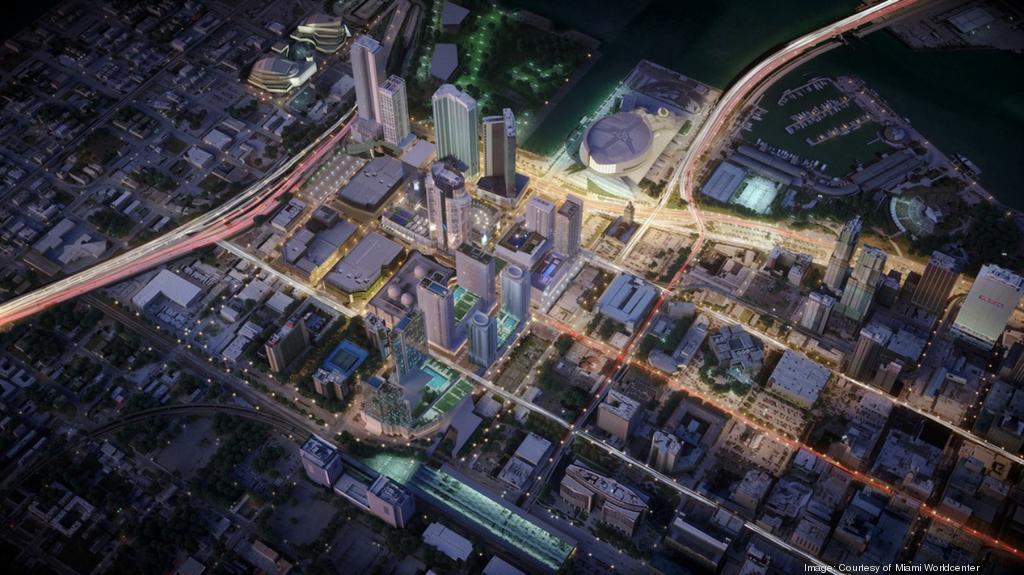 New York-based developer, Naftali Group, a leading privately held global real estate development and investment firm, recently announced it has closed on a development site allowing 1.3 million square feet of new construction at 1016 Northeast Second Avenue in Miami Worldcenter, which spans 27 acres near Downtown Miami and is the second largest active private development in the United States with $4 billion in total investments. Naftali, in partnership with Cara Real Estate Management, purchased the site for $40.5 million. Mika Mattingly, Executive Managing Director at Colliers’ Urban Core Division, represented both Naftali, and Akara Partners, the seller, in the off-market transaction. According to a press release, the developer is planning to construct two supertall residential towers, which would be the first for Miami Worldcenter. Pre-sales for 1016 Northeast Second Avenue are slated for the end of this year.

Naftali is acquiring the Miami Worldcenter site on the heels of developing three condominiums with record-breaking sales on Manhattan’s Upper East Side. The Benson, located at 1045 Madison and designed by Peter Pennoyer Architects, which recently commenced closings, introduced the first new luxury condominium building on famed Madison Avenue on the Upper East Side in more than 25 years and became the fastest-selling post-pandemic building.

The Bellemont, located at 1165 Madison Avenue and designed by Robert A.M. Stern Architects (RAMSA), broke records with a penthouse sale of $65 million only weeks after opening and is projected to start closings in Q2 of 2023. With limited inventory remaining, 200 East 83rd Street – also designed by RAMSA – Naftali Group’s 35-story residential tower developed in partnership with The Rockefeller Group, reintroduced luxury living along Third Avenue and has become another standout development.

“Expanding our luxury residential portfolio to include the Miami Worldcenter project is a milestone for our growing company,” said Miki Naftali, CEO and Chairman of Naftali Group. “Following an extensive search for the right location, we chose this property in Miami Worldcenter because it represents a truly unique opportunity to develop in the downtown Miami urban core, and is a testament to our confidence in Miami’s emergence as a major gateway city and the epicenter of arts, culture, entertainment and business in South Florida. We look forward to bringing the quality and detail for which Naftali Group is known to this market, where we believe it will also resonate with Miami Worldcenter customers.”

Mr. Naftali has extensive experience transacting in this market. With an over 30-year career in the international real estate industry and a track record of acquiring, developing and managing assets across North America, Asia, Europe and the Middle East, Mr. Naftali is known for recognizing unique opportunities and launching projects that raise the bar for creative development. From ground-up construction projects to the meticulous preservation and restoration of landmark buildings, his success has resulted in unparalleled demand and value.

All of Miami’s fastest-growing and most popular neighborhoods, including Downtown Miami, Brickell, Midtown, Wynwood, and Design District, can be reached within a 5-minute drive of 1016 Northeast Second Avenue. Located just south of the Arts & Entertainment District, which is an emerging, urban residential neighborhood connecting the Wynwood Arts District and Design District to Downtown Miami, 1016 Northeast Second Avenue is in close proximity to Miami’s most notable museums and cultural centers including the Pérez Art Museum Miami, Frost Museum of Science, and Adrienne Arsht Center for the Performing Arts. Positioned adjacent to the Metromover and walking distance to MiamiCentral, 1016 Northeast Second Avenue will also offer residents direct access to all of South Florida’s mass transit lines. Through MiamiCentral, residents will be connected to 75 unique stations via Metromover, Metrorail, Tri-Rail, and Brightline. The property will also have exceptional highway access with ingress and egress to multiple I-95 and I-395 exits located less than a half-mile away.

Miami has transformed from a tourist and leisure destination to a major domestic and international gateway city over the past two decades. Since 2000, the population of Downtown Miami has increased 5% annually, tripling the number of residents in the submarket. To meet this demand, there has been an acceleration in infrastructure investment on a massive scale, ensuring Downtown Miami will become the undeniable center of arts, culture, entertainment, and business for all of South Florida. Additionally, over 50 companies, including Blackstone, Apollo, Citadel, and Spotify have recently moved to Miami, announced plans to relocate, or are expanding their offices in South Florida, further cementing the expansion and development of the submarket.

A building of supertall status equates to the height of 984-feet, or 300 meters. The existing FAA restrictions within 1016 Northeast Second Avenue at Miami Worldcenter limits buildings to about 700-feet, meaning the developer would need an obstruction evaluation and approvals to breach that height. More details on the project including the architect and contractors to be onboard will be announced at a later date.