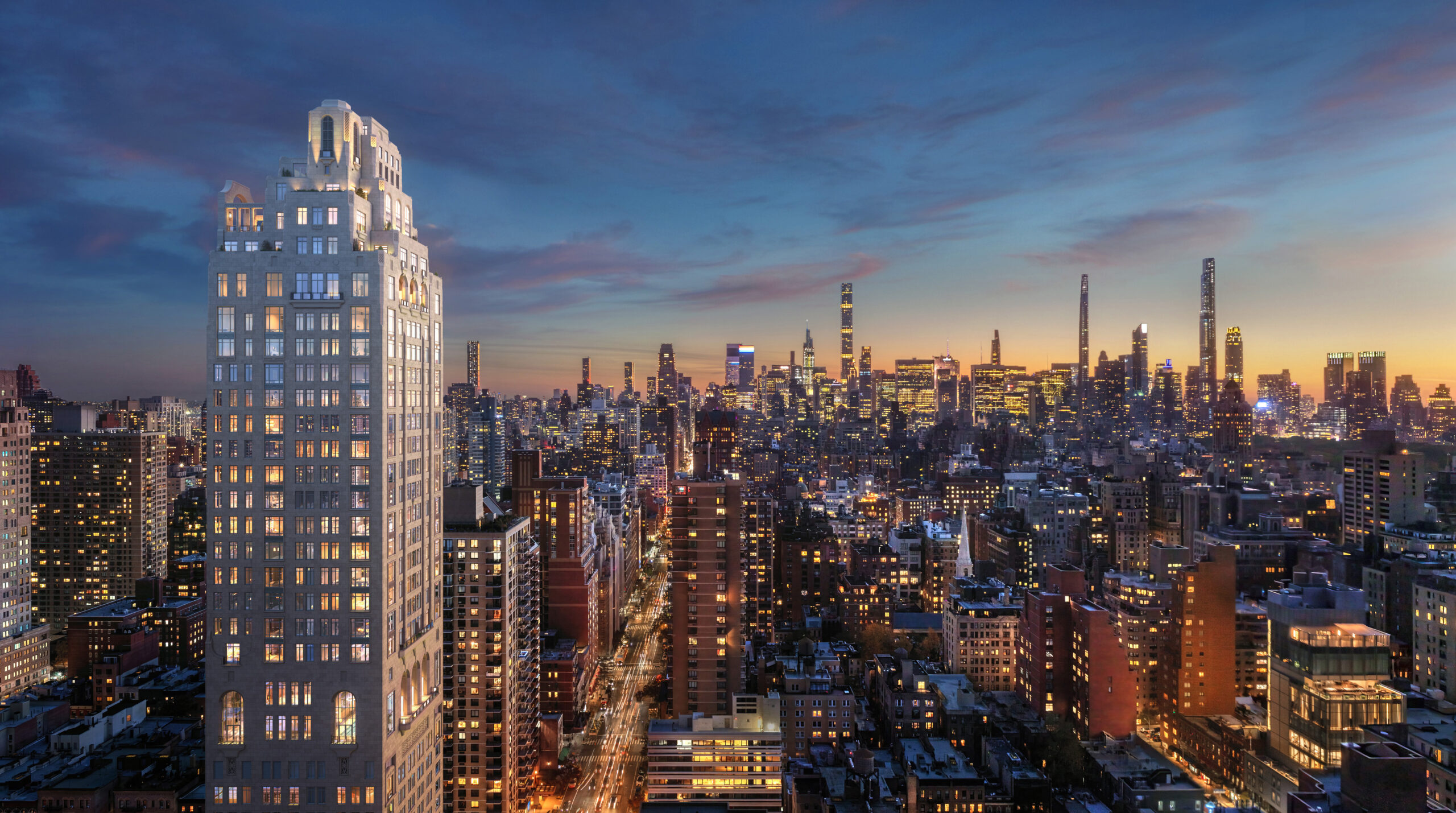 The developer of a 500-foot-tall condominium building being constructed at 200 East 83rd Street on New York City’s Upper East Side said sales have begun.

Developer Naftali Group and Rockefeller Group said sales of the Robert A.M. Stern Architects-designed 35-story, 86-unit building began and 24 units are already under contract. Available units range in price from a 2-bedroom/2.5-bath 1,430-square-foot condo for $3.2 million to $10.95 million for a 5-bedroom/5.5-bath, 3,346-square-foot condo. The first closings of the building are expected in the second quarter of next year, with construction expected to be finished by the end of next year.

Amenities include automated parking, a 70-foot pool, a library with a custom fireplace and adjoining landscaped garden, a fitness center, yoga studio, spa with a steam room, sauna, playrooms and a private cinema. The lobby will be attended 24 hours a day with a doorman and concierge service.

Interiors of the building at the corner of 83rd Street and Third Avenue were designed by Rottet Studio.

“Our vision was to create a building beyond compare that reflects the heritage and architecture of the area. With 24 residences already in contract, it reaffirms that there is a real demand for this type of product,” said Miki Naftali, CEO and chairman of Naftali Group, in a statement. Naftaili is also developing a 19-story, 15-unit condominium project on Madison Avenue called The Benson, which it said is the first new luxury condominium building on Madison Avenue on the Upper East Side in more than 20 years and where prices began at $12.5 million.

In May, Naftali Group purchased a site on the Williamsburg waterfront at 470 Kent Ave. in Brooklyn for $102.4 million. Naftali said it’s planning a residential development at the site.